Israeli filmmaker Joseph Madmony is a Karlovy Vary darling: his films Restoration (2011) and A Place in Heaven (2013) world-premiered in the festival's main competition, with the former even scooping the Crystal Globe for Best Film. Now, his newest outing, Redemption [+see also:
trailer
film profile], co-directed with cinematographer Boaz Yehonatan Yaacov, has won the Ecumenical Jury Prize and the Best Actor Award for Moshe Folkenflik at this year's festival.

Folkenflik plays Menachem, and the opening of the film shows us that he is a man carrying a heavy burden. In an unusually touching scene, Menachem goes to have his photo taken and barely manages to produce a smile. Soon we learn at least some of the reasons for his state of mind: he is an Orthodox Jew, a widower whose six-year-old daughter Geula (which is Hebrew for "Redemption") has cancer.

Given that he works in a supermarket, Menachem cannot afford her expensive treatments, and he decides to go to his old friends to ask for help. He used to be a singer in a pretty successful rock band, but he left it all behind him 15 years ago to become a member of the Orthodox Jewish community. But there is good money to be made playing traditional weddings, and he goes to enlist his former bandmates to tap into this source of funding for his daughter's therapy.

Drummer Danny now has a successful restaurant business, bassist Goolie owns a kiosk, and guitarist Avi is still playing rock’n'roll and scoring with groupies, but they all agree to help Menachem. They become a hit at weddings, but this new activity is starting to have a negative influence on their private lives, and Menachem keeps stubbornly pushing forward, even when Danny's girlfriend offers to cover the treatment expenses herself…

Redemption is a touching and thought-provoking film, even if it feels a bit moralistic at times. But it shows the very human struggle of an essentially kind-hearted man whose life decisions seemed inherently good when he was making them, but which in practice prove to be an obstacle to his happiness – and in accordance with his Hasidic belief, the most important commandment is the one to rejoice in life.

Folkenflik delivers a deliciously subtle performance – this is an actor whose face has an incredible expressiveness with the smallest of gestures, a perfect fit for such an emotionally demanding role. Another big plus for the film is Yaacov's rich cinematography, where he employs soft focus in capturing characters' moods, often bathed in warm colours. And several scenes of the wedding gigs, with beautiful songs that stay with the viewer after the film, are wonderfully executed, and there is so much chemistry within the band that they seem like an actual music act and not a group of actors put together to perform in a film.

Redemption is a production by Tel Aviv-based Transfax Films, which also has the international rights.

A blast from recent past that travels and certainly will continue to: a Karlovy Vary-premiering Israeli film that garnered its star the best actor award and was also very well received at Toronto 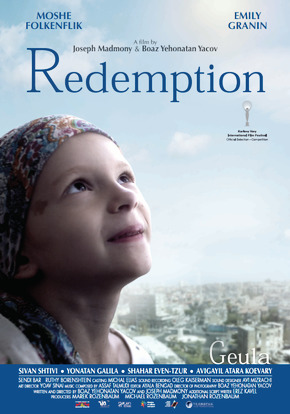 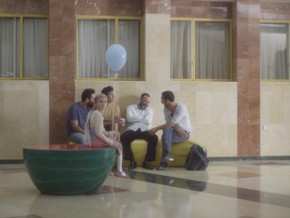 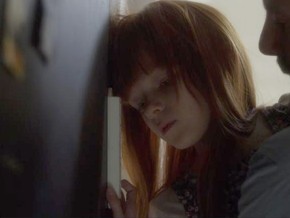 Michael Koch returns with A Piece of Sky