Review: Year of the Monkey

17/07/2018 - Vladimir Blaževski offers a fundamentally humanistic, touching and colourful film about the escapades of a runaway chimpanzee and his friends across Macedonia

The Palic European Film Festival screened the fourth feature film by seasoned Macedonian director Vladimir Blaževski last night in open air and in competition (after two Yugoslav films, he devoted himself to television, advertising and teaching before returning to fiction cinema in 2011 with Punk's Not Dead, awarded at Karlovy Vary and Sofia). We feel well and truly behind Year of the Monkey [+see also:
trailer
interview: Vladimir Blazevski
film profile], which is described as a "soft" political satire, and really conveys that assurance, as well as a lovely benevolence, which translates in the cinematography, full of humour and tenderness in every shot, as we follow the journey of a group of oddballs across Macedonia – thanks to a succession of zany and anarchic yet meticulously orchestrated sequences (immediately recognisable as coming from this area of the Balkans).

At the beginning of the film, the central (human) character, Cobe (Igor Angelov, whose warm charisma and broad shoulders place him somewhere between Clooney and Bardem) works at a zoo and is exclusively responsible for taking care of Coco the chimpanzee (an actor in a costume who perfectly balances out credibility and hilarious comedy in his gestures and groans). In the same way that he looks after his ninety-year-old grandmother – Vilma (Marija Kohn), a wacky woman who does not mince her words – by spoon-feeding her and waving small toys in front of her eyes to lull her to sleep, Cobe not only feeds and washes the chimpanzee, but he also reads him books by Darwin when nap time comes around. When Cobe is suddenly fired from the zoo for financial reasons, Coco, who is not happy with the loss of his friend, begins to wreak havoc. Another zoo employee then helps the primate to flee, and so begins – according to the animal’s whims, a disordered escapade that becomes a sensation on television and turns into a national event with political connotations. While a young, inexperienced female reporter tries to grab a scoop on Coco – renamed the Robin Hood of Macedonia –  an Albanian minority claims the monkey as its own. Thus, between flight and pursuit we travel through the countryside in a yellow zoo truck according to the logic of the blind leading the blind, with Cobe, his eccentric granny, two useless klutzes, the physically awkward journalist, a mute, bald child and a goat that Coco has decked out with flying goggles, all accompanied by cheerful Balkan folk-inspired circus-style music.

From the moment the adventure becomes itinerant, the film becomes a little scattered as well, when we might have preferred to continue to explore some of the themes apparent at the beginning of the film, which are so beautifully entwined by Blazevski: a certain levelling out of all living creatures (men and beasts, the young and old), the lack of judgment, loyalty, the idea that we should ​​take care of each other and that we can be happy with little as long as all the aforementioned values ​​prevail over hierarchies or appropriation... The mention of ISIS and the procession of Syrian refugees don’t particularly add much to a humanist statement the universality of which is quite clear from the outset, transcending the local dimension of the story. Still, beyond the fact that the film is really well crafted and shines with formidable acting as well as fantastic, sun-kissed cinematography, Year of the Monkey is simply too nice a film not to happily recommend.

Year of the Monkey – invited as a project to Les Arcs, Connecting Cottbus and the Gap-Financing Market in Venice – was produced by Darko Popov for Punk Film Production (Macedonia), in co-production with Kiselo Dete (Serbia), Ikone Studio (Kosovo) and Strup Produkcija (Slovenia), with the support of Eurimages and the SEE Cinema Network.

more about: Year of the Monkey

Interview: Vladimir Blazevski • Director of Year of the Monkey

A markedly feminine edition for this year’s coco

The 20th edition of connecting cottbus will host 13 cocoPitch and 6 cocoWiP projects, 15 of which are by a female producer and/or director

Review: Year of the Monkey

Vladimir Blaževski offers a fundamentally humanistic, touching and colourful film about the escapades of a runaway chimpanzee and his friends across Macedonia 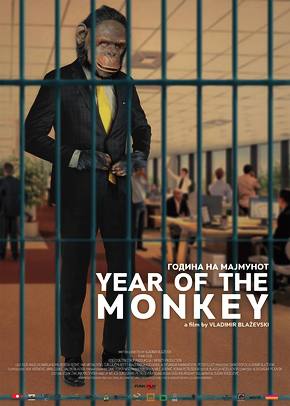 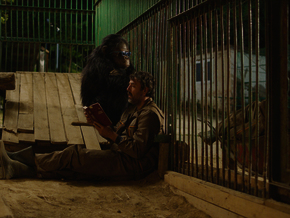