LOCARNO 2018 Out of Competition

Review: My Home, in Libya

"I was born in Padua, Italy, in 1987. My father was born in Tripoli, Libya, in 1961, as was my grandfather, in 1936. Libya was an Italian colony during the fascist era. I asked to hear the story a thousand times. But it never happened. Until now..." It’s with this voiceover that My Home, in Libya [+see also:
trailer
film profile] begins, a documentary film by Martina Melilli, from the class of 1987, screened in the Out of Competition section at Locarno Film Festival. The young artist and filmmaker is already well known for her previous films, including Mum I'm sorry, which won ArteVisione 2017. While My Home, in Libya was among the winners of Milan Film Network's Atelier in 2017, which is supporting the post production of the larger project Tripolitalians.

My Home, in Libya is a personal story. The director is the daughter of Italian citizens who fled Libya following Gaddafi's coup in 1969. Melilli reconstructs the past through the present, comparing Italian colonialism to the current crisis in the Mediterranean. On Vimeo, Martina defines herself as a visual (audio) artist and a researcher interested in representing the individual and collective imagination in relation to memory and reality and the individual and surrounding spaces. A representation that is expressed in multiple forms: video, film, photography and writing. In My Home, in Libya this representation is brought to life with images, newspaper clippings – "Home is everywhere" – and personal photos. Reconstructing memories that reveal a sense of belonging. Exchanging messages with her friend Mahmoud in Libya via social media, which are displayed over images. "I hope this is the last move." Martina draws maps. She asks her grandfather for the address of the radio and television repair shop they used to own in Sciara Giama El Magarba in Tripoli. Her grandfather tells her that he fell in love with cinema and went to work in one. He screened summer films at the Cinema Corso before meeting her grandmother Narcisa. An elderly Antonio draws a map for his granddaughter of Uaddan mosque, which his father built after immigrating from Sicily in 1936 to be a bricklayer in Tripoli.

The director seeks out new and unusual perspectives, focusing on objects in order to give more materiality to the story, while playing with shadows, which is the essence of cinema. The camera is often placed behind the protagonists, not in front of them, while Nicola Ratti's music provides a subtle electronic reinterpretation of Arabic sounds. With the help of her friend Mahmoud, Martina collects images of her grandparents' hometown as it exists today. The large map of memories gains consistency, becoming a mosaic of moments torn from a family’s history, along with devastating images of migrants arriving on Italian shores. Dead children photographed on Italian beaches.

Mahmoud's messages become desperate: "... no power no phone no job no money no security no police. I don’t know how I can build a home in this country." And finally: "I live in Hell, Libya is Hell." While she looks towards Africa from the coast of Sicily: "They told me I would almost be able to see you from here... But it’s just sea."

My Home, in Libya was produced by Stefano Tealdi, Elena Filippini and Edoardo Fracchia’s Turin-based company Stefilm, along with the German outfit ZDF, in collaboration with Art and Rai Cinema, and with the support of MIBACT and Piedmont Doc Film Fund.

more about: My Home, in Libya

Review: My Home, in Libya

The 'real-life' cinema event unspools in Milan from 13-16 September and will be welcoming this year’s sponsor, Lorenza Indovina; the 4th edition boasts 30 Italian and international premieres 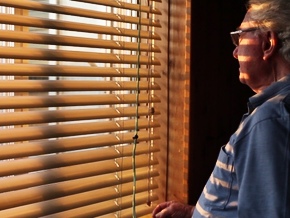