LOCARNO 2018 Filmmakers of the Present

08/08/2018 - LOCARNO 2018: Swiss director Nicole Vögele is presenting her latest poetic feature, focusing on an all-night restaurant, at the Locarno Film Festival, in the Filmmakers of the Present section

It’s 3 in the morning in Taipei, a city that simply never stops, like a runaway car trying desperately to stay on the road. Encircled by myriad streets that intersect, intermingle and merge together, we are introduced to a small restaurant lit up by the night, an oasis where people can stop to tuck into a “small dish of rice”, as announced by the sign that greets potential customers.

Here, Mr Kuo and his wife, Mrs Lin, cook food for the inhabitants of the night, those oft-invisible people who live shrouded in darkness. Their restaurant represents a kind of refuge, a place where time seems to stand still for a moment. The apparent diversity of these creatures of the night is plain to see: in Mr Kuo and Mrs Lin’s restaurant, a taxi driver, a tattooist, a couple in love who are evidently avid karaoke fans and even a few anonymous faces in search of a little human warmth come together as one single entity. Even a stray dog seems to be perpetually attracted to this place, perhaps a substitute for a master who may never return.

One morning, for no apparent reason, on the way back from the market in the city, Mr Kuo decides to head towards the sea. Nature suddenly seems to gain the upper hand over the metropolis, as if to remind us that lying beneath the concrete is still-fertile soil.

Closing Time is a poetic and awe-inspiring journey through an apparently unchanging day-to-day life. Nicole Vögele succeeds in capturing those suspended moments where reality seems to morph into a dream, and where the slow but inexorable passage of time comes to an abrupt halt. Closing Time forces us to take a break and to observe that which would normally escape us.

The images of the sometimes surreal city of Taipei captured by the Swiss director enthral and disorientate us, and encourage us to experience a type of monotony that we are no longer accustomed to living. Much like the people engrossed in Tai chi whom we see in the film, the camera glides along, slowly but knowingly, showing us a hidden beauty that tends to be gobbled up by the frenzy of day-to-day life.

In Closing Time, Vögele invites us to look at daily life through the prism of the night. Day-to-day activities, work, relationships… Everything is magically transformed when it is shrouded in darkness. Closing Time allows us to savour the poetic frenzy of a city that never sleeps, a parallel world in which the repetitiveness of everyday life is converted into poetry.

Closing Time was produced by Beauvoir Films in co-production with Filmakademie Baden-Württemberg. The international rights are held by Taskovski Films.

Kabul, City in the Wind is set to open Europe’s leading documentary festival, while 12 films will be vying for awards in the main Competition and 13 in First Appearance

LOCARNO 2018: The 2018 Locarno Film Festival, the sixth and final edition to be helmed by artistic director Carlo Chatrian, has proven all the predictions wrong by awarding the film by Yeo Siew Hua

LOCARNO 2018: Swiss director Nicole Vögele is presenting her latest poetic feature, focusing on an all-night restaurant, at the Locarno Film Festival, in the Filmmakers of the Present section 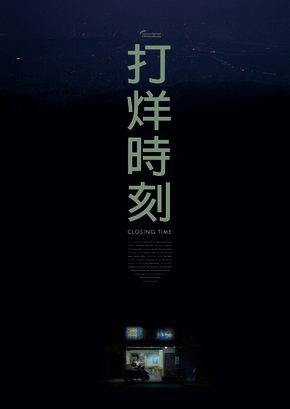