09/08/2018 - The Italian company continues its collaboration with Portuguese director Vicente Alves do Ó and boards his latest feature, screened as a work in progress at Locarno Pro 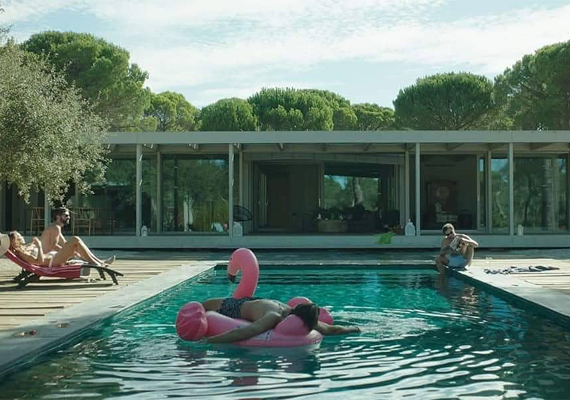 Sunburn by Vicente Alves do Ó

Written by Alves do Ó, the film is set in Grândola, southern Portugal, and follows four 40-year-old friends who decide to spend a weekend by a luxury pool. Their initial relaxed mood will not last long, as each of them receives a call from David, a former lover to all of them. After being absent for years, he decides to drop by for dinner at the holiday resort. Old stories and unfulfilled dreams will inevitably start to surface. Ricardo Pereira, Oceana Basílio, Nuno Pardal, Ricardo Barbosa and Rafael Gomes are playing the leading roles.

Produced by Pandora da Cunha Telles and Pablo Iraola of Lisbon-based Ukbar Filmes, Sunburn is aiming for a delivery by November. This is the second collaboration between the Portuguese production company and The Open Reel, as they worked together on Alves do Ó’s previous feature, Al Berto [+see also:
film review
trailer
interview: Vicente Alves do Ó
film profile]. The biopic of the cult Portuguese post-revolutionary poet, who embodied an entire generation in the mid-1970s, has been sold to more than 25 countries, and has been screened at the Miami and Guadalajara International Film Festivals, among others. It was also nominated for ten Sophia Awards, Portugal’s national film prizes, where it won Best Sound.

On the new deal, Cosimo Santoro, founder of The Open Reel, stated: “I am really happy to be working with Vicente again, after our wonderful collaboration on Al Berto, because he is a director who can pair his artistic vision with the audience's expectations. I am also pleased with the trust that Ukbar Filmes has once again placed in us.”