LOCARNO 2018 Out of Competition

14/08/2018 - LOCARNO 2018: Screened as a world premiere out of competition at the 71st Locarno Film Festival, Costanza Quatriglio’s latest film weaves together reality and fiction with impressive sensitivity

Basir Ahang and Tihana Lazović in Just Like My Son

As is often the case, Costanza Quatriglio’s most recent film came about by chance. Just Like My Son [+see also:
trailer
interview: Costanza Quatriglio
film profile] – screened out of competition at the 71st edition of the Locarno Film Festival – has its roots in a film by the same director, Il modo addosso (2006), in which Mohammad Jan Azad states: "When I bump into Afghan boys on the streets, I ask them how they here, which side of Afghanistan they came from and if they come from my area... perhaps sooner or later I might meet someone who can give me a chance to find my family... I'm always looking for someone to ask where my family is."

Jan fled Afghanistan when he was just a child and has not heard from his parents since. In 2010, Costanza learnt that Jan had managed to make phone contact with his mother, and from that moment onwards a long journey began in order to tell his stories, resulting in the short film Breve film d'amore e libertà, in which Jan acts out and reconstructs the phone calls he had with his mother up until their poignant and mutual identification.

The hundreds of pages that were collected over time became the basis for a story partially based in reality: the protagonist, Ismail, lives in Europe with his brother Hassan, both of whom fled the persecution of the Taliban against the Hazara people as children. Thanks to a fortuitous meeting, after many years Ismail manages to talk to the woman who is supposedly his mother on the phone, but she doesn’t recognise him.

It's here, through Ismail's attempt to "rediscover" his mother, and therefore her origins, that the narrative gradually expands, and more elements enter the frame: beginning with Ismail’s mother and ending with the story of the entire Hazara people.

As explained by the director, who was visibly moved at the end of the screening: "The film took a long time to make. Nothing was simple, on the contrary, we had to face countless challenges in the name of this impossible film. The poet Basir Ahang, who plays Ismail, the film’s co-writer Mohammad Jan Azad, and the whole cast have shared things they never imagined sharing, resulting in unique moments and some all-encompassing emotion." Just like those who give this beautiful film to us.

Just Like My Son is an Italian, Croatian and Belgian co-production produced by Andrea Paris and Matteo Rovere (Ascent Film and Rai Cinema) and co-produced by Daniele Peck (Antitalent) and Ivy Vanhaecke (Caviar Films). International distribution is being handled by True Colours.

Interview: Costanza Quatriglio • Director of Just Like My Son

"The film's narrative structure reflects my own journey of knowledge"

We caught up with the Italian filmmaker Costanza Quatriglio, whose film Just Like My Son screened in competition at the Zagreb Film Festival, after world-premiering in Locarno

For Sama triumphs at the first International Migration Film Festival

The festival ended with very positive viewing rates for its films screening on Festival Scope, its ceremonies aired on CNN Turk, its live talks and interviews on Instagram and its online exhibitions

The first International Migration Film Festival ready to kick off

Launched online in collaboration with Festival Scope, the first edition of the gathering will screen more than 40 films in Turkey, the country hosting the largest number of refugees worldwide

The two-day line-up will examine the opportunities for authors and producers, as well as exploring the landscape of European funds, co-production funds and other sources of finance

LOCARNO 2018: Screened as a world premiere out of competition at the 71st Locarno Film Festival, Costanza Quatriglio’s latest film weaves together reality and fiction with impressive sensitivity 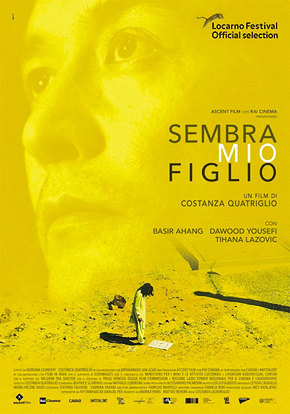 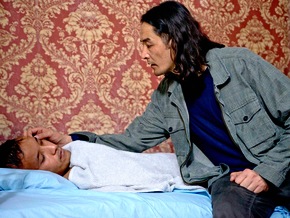