22/08/2018 - During the first half of this year, overall attendance for all-new Latvian films doubled in comparison with 2017 figures 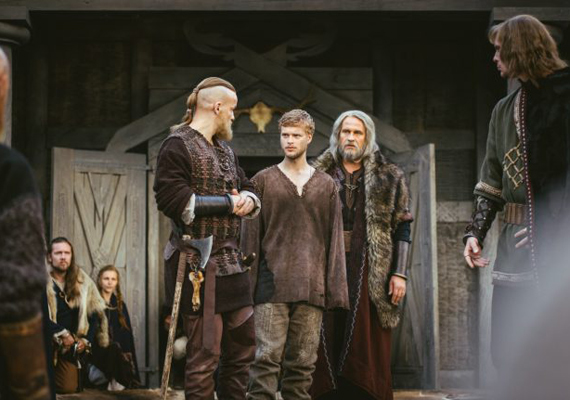 The Pagan King by Aigars Grauba

The National Film Centre of Latvia, the national film agency, has recently disclosed the domestic box-office figures for the period January-June 2018. The report confirms that audience interest in national films has doubled, and overall attendance for all new releases exceeded 290,000, almost 100,000 viewers more than in 2017. In particular, films produced as part of the special Latvia 100 – Latvian Films for Latvia’s Centennial jubilee programme represent a considerable portion of this year’s cinema-going (206,000 viewers).

This is certainly an impressive result for the small Baltic republic, as two domestic releases have outpaced Universal Pictures’ international box-office hit Fifty Shades Freed, and total audience numbers have now reached 290,013, which continues the trend of growth when we look back at 2017 (194,083 cinemagoers for the whole year), 2016 (185,782) and 2015 (103,598). Full attendance statistics for 2018 will be available at the end of the distribution year, and thus the number of viewers is expected to increase further. Furthermore, the market share of Latvian films has enjoyed consistent growth. According to data published in 2017, the figure for national films during the last five years has not exceeded 7.84%, but the average number for the first half of 2018 is now 24%. The jubilee programme, which includes 16 feature films, has definitely played a crucial role in stimulating these positive trends.

The first autumn premiere of a Latvia 100 film will be on 5 September, when Bridges of Time [+see also:
film review
trailer
film profile] will be shown during the opening of the annual Baltic Sea Documentary Forum. The feature tells the story of a number of legendary Baltic documentarians, who, in the 1960s, opened up new horizons in cinematic language in terms of visual poetics and the versatility of content. Produced by Riga-based firm VFS films in co-operation with Vesilind (Estonia) and Studio Nominum (Lithuania), Bridges of Time was co-directed by Kristīne Briede and Audrius Stonys, and was penned by both helmers in collaboration with prominent Baltic filmmakers Ramune Rakauskaite, Arūnas Matelis and Riho Västrik. The project received support from the National Film Centre of Latvia, the European Documentary Network and the Creative Europe MEDIA programme.

Italian productions drove the box office forward in 2020, winning a market share of 56.56%