06/09/2018 - VENICE 2018: Art and creativity’s revolutionary value is at the heart of Mario Martone’s latest film, set on an island in Campania at the turn of the century

There is a common thread running through Never Look Away [+see also:
film review
trailer
interview: Florian Henckel von Donners…
film profile] by Florian Henckel von Donnersmarck and Capri-Revolution [+see also:
trailer
interview: Mario Martone
film profile] by Mario Martone – both of which are in the running for the Golden Lion at Venice Film Festival : the revolutionary value of art and creativity. This revolutionary spirit can be found in the German film in its opposition to any form of totalitarianism, while in the Italian film, it can be observed in the fight against social conventions and scientific dogmas. Art as absolute freedom and the essence of nature, that’s what the film’s protagonist, the painter Seybu, seeks (played by Reinout Scholten van Aschat), having taken up residence in a valley on the island of Capri in the Gulf of Naples, surrounded by a small group of faithful followers. At the same time in Capri, a group of Russian exiles meet to prepare for the October revolution. It’s 1914, and the eve of the First World War. Soon England will declare war on Germany, with Italy to become embroiled not long after. Martone's film is based on a true story, that of an elderly German painter and utopiancalled Karl Diefenbach, who created a community of "flower children" on the island of Capri at the turn of the century. But the film’s action jumps forward in time, and the young Seybu’s theories and group performances are inspired by Joseph Beuys’ artistic journey in the 1950s. Music and dance (choreographed by Raffaella Giordano) recall an experimentalism that sowed the seeds for what would later develop.  Music plays an important role in Capri-Revolution, composed by the Berlin musician Sascha Ring, A.K.A Apparat, a true electronic music star (he also composed the score forLeopardi [+see also:
film review
trailer
interview: Mario Martone
film profile]) who mixes classical, techno and east Asian music with electronic sounds from the ‘60s.

But the film’s real protagonist is Lucia (Marianna Fontana), a 20-year-old woman who watches over goats and lives nearby with her mother, father – at the end of his life, having become ill working on Bagnoli’s blast furnaces – and slightly rough two older brothers. The young shepherd – who is evocative of films by the beloved Taviani brothers – gets closer and closer to these young proto-hippies, who practice nudism, free love and adore the sun. Lucia has an underlying desire to free herself from the chains of the South’s traditions, which oppresses women. By getting involved in Seybu’s community, Lucia will learn to read and write, to appreciate art and to start a process of emancipation, anticipating the wave of feminism that was just around the corner. She is soon attracted to a young doctor from the town, a socialist with interventionist ideas about war, which he discusses and compares with the spiritualist Seybu for a long time. The film includes numerous dance elements – which are not always well executed due to a somewhat extravagant screenplay (written by the director with his wife Ippolita Di Majo) – in order to focus on universal themes, which we continue to talk about today, and which still manage to evade us.

All the while Capri sits in the background, in all its dazzling beauty, symbolism, and primitive physical elements, in which everything feels like it’s starting again– like a second rebirth. In the film we hear a phrase by the Neapolitan writer Fabrizia Ramondino about Capri: "it appears and disappears continuously from view, taking on a different identity for each individual. In this world, which is already too well-known, it’s the only place that remains virgin and will always await us, only to evade us once again.”

Produced by Indigo Film with Rai Cinema, in co-production with the French outfit Pathé Films – which is also handling international sales – the film will be distributed in Italy in December by 01.

"Emancipation via a group experience in Capri"

VENICE 2018: Neapolitan director Mario Martone is competing at Venice Film Festival with Capri-Revolution, and talked to us about it

Mario Martone is shooting The King of Laughter, with Toni Servillo leading the cast 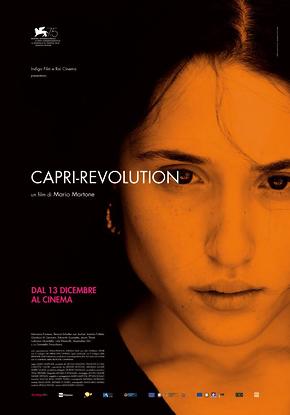 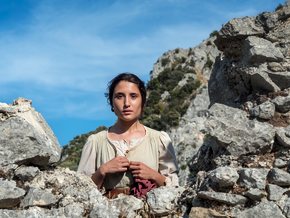 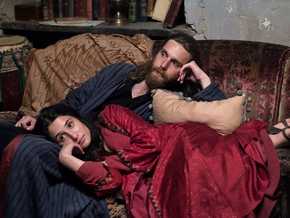 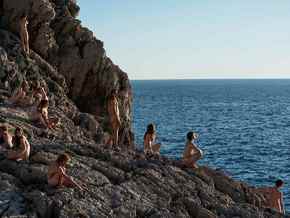