Review: You Have the Night

07/09/2018 - VENICE 2018: In his first feature film, Ivan Salatić gives a feeling of lifelessness and desolation to a space where life is slowly disappearing

The film is about a place, but the story begins somewhere else: at sea, on a ferry where holidaymakers sleep where they can, using their luggage as pillows, forming small piles, soothed by the buzz of the motor. While cleaning the cabins the next morning, Sanja listens to her colleague talk about a distant country, the distressed family she left behind, and the new country, an unknown place, where she will decide to settle. On land, Sanja wanders alone through the dirty streets, her blue bag hanging off her shoulder. Without asking questions, a shelter offers her a room: after all, she too is a migrant without any points of reference of her own in Italy, although, unlike others staying at the shelter, she’s on her way home.

The rest of You Have the Night [+see also:
trailer
interview: Ivan Salatić
film profile] by Ivan Salatić – presented at the International Film Critics' Week at Venice – takes place in Montenegro, in a huge shipyard in Bijela, which has been gradually decommissioned, leaving a whole community speechless and unemployed. However, just like the dark and powerful Mediterranean, the impact of this melancholy prologue lingers on the horizon, as do all the film’s motifs, without relying on words, but by allowing us to travel silently through a faded world, haunted by a deep sadness and depression that will remain with the audience for a long after the film ends, and which is its true essence. You Have the Night is not structured around a plot precisely because it’s a film about the absence of a particular story, referring instead to a larger narrative: an industrial dream in ruins, a place fed by abandoned future promises and existential uncertainty, Europe, transition, death, characters who roam, nothing more than bodies in a wasteland.

When Sanja returns to her village, we meet the other members of her family, neither completely defeated nor completely recovered, who represent three generations: the grandfather, who without work or any sort of group momentum, has "nothing" and finds himself wandering around like a Shakespearean ghost, the little boy, bored, solitary, wordless and passive, and then there’s the middle generation, which survives by patching up what remains of a resplendent naval “giant” – the pride of Yugoslavia. This generation in particular seems cornered, irrevocably caught between two voids in a middle space where the air is becoming scarce, an unsustainable situation that is accentuated by an interesting game of counterpoint between various opposing themes – day/night, nature/the vestiges of civilisation, past/future – which merge into each other, in the same greyness that envelops the image like a foggy veil throughout the film.

In his first feature film, Salatić relies on a rhetoric of efficient weakness, somewhat Bresson-esque, by his own admission, in the way that it uses characters and develops them in space, before allowing them to disappear, bit by bit, like a cargo ship leaving a port before disappearing into the night, off-camera.

You Have the Night was produced by Meander Film (Montenegro) and Non-Aligned Films (Serbia) with support from the Ministry of Culture, Montenegro Film Centre, Serbia Film Centre and Doha Film Institute (Qatar).

more about: You Have the Night

"I got the feeling that people were slowly disappearing"

VENICE 2018: Dubrovnik-born, Montenegro-raised director Ivan Salatić answered some questions about his debut feature, You Have the Night, screening in the International Film Critics' Week

The international magazine is presenting its first digital film festival showcasing the diverse cinematic talent of Eastern Europe, the Balkans, the Caucasus and Central Asia

The Film Centre of Montenegro has announced the results of its competition for production, project development and script development

Other winners include You Have the Night, Monsters., Ajvar and Stitches; the Herceg Novi-based event was jointly opened by all women filmmakers present

A "perfect dozen" for Küstendorf

The 12th Küstendorf Festival opens today with a workshop by Emir Kusturica; amongst this year's special guests are actors Matt Dillon, Sergi López and Marcello Fonte

The Novos Cinemas festival to celebrate its third edition in Pontevedra

The young Galician festival, which will close this year with Eloy Domínguez Serén’s Hamada, is gearing up for its most ambitious edition yet, with an official selection packed with European films 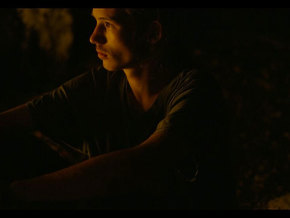