Review: The Day I Lost My Shadow

A subtle magical realist tale that played in the Orizzonti section of the Venice Film Festival, The Day I Lost My Shadow [+see also:
trailer
interview: Soudade Kaadan
film profile], won director Soudade Kaadan the prestigious Lion of the Future - "Luigi de Laurentiis" Award for Best Debut Film. It is a film about decisions – those that we make and those made for us – set in Syria in 2012.

When do you leave a country that might be on the brink of war? Do you carry on with the day-to-day, hoping a political solution will be found? Should you still cook when it’s become a battle to find gas to fuel the stove? And what if you have a child to support? When we see the chaos of war on television, it’s easy to ask, “Why didn’t you leave beforehand? What kept you?” Kaadan’s beautiful cinematic tale – part mother-and-son story, part road movie and completely a war film – speaks to this and more using the metaphor of a shadow, something we all believe will always be there, as a symbol of broken realities.

Kaadan gives us an idea of the environment in which the action takes place with a funeral being held for a protestor killed during a demonstration. Entry for grievers is being controlled. Sana (Sawsan Arsheed) forbids her child from playing with her neighbour’s son, as everyone is being watched. She wants to cook a meal and do the washing. The electricity cuts out, with clothes trapped in the machine. She needs a gas cylinder for her stove, and events overtake her. In a taxi with Jalal (Samer Ismail) and Reem (Reham Al Kassar), they arrive at a checkpoint where panic sets in, as a film camera with documentary footage is in the boot of the car. They make a break for it, and once they are out of the car, Jalal has no shadow.

Indeed, shadows will reappear and disappear throughout the film, announced by a tearing sound from the score, the effect of which is reminiscent of the work of Lucrecia Martel, where sound is often a signifier of a mysterious universe in which reality is distorted and broken. In a film full of metaphors, the question arises of whether Sana’s son Khalil (Ahmad Morhaf Al Ali) left with a friend, and to whom she must return the shadow that she will lose.

While at times the movie feels slightly stilted and almost episodic, that soullessness has many rewards in store for those looking for a different tale about Syria and civil war, making it a truly original debut.

The Day I Lost My Shadow is a Lebanese-French-Qatari co-production, staged by KAF Production, Acrobates Films and Metaphora Production. Its international sales are handled by Paris-based Stray Dogs.

more about: The Day I Lost My Shadow

TORONTO 2018: We chatted to French-born Syrian director Soudade Kaadan about her Lion of the Future-winning The Day I Lost My Shadow, which also screened in Discovery

French sales agents whip out new aces at the EFM

Mahmut Fazil Coskun’s scathing Turkish-Bulgarian comedy has scooped the Golden Palm plus the gongs for Best Screenplay and Best Cinematography at the Mediterranean event, which unspooled last week

The French seller is pinning its hopes on the latest film by the Swedish director Johannes Nyholm, and three additional titles selected for IFFR 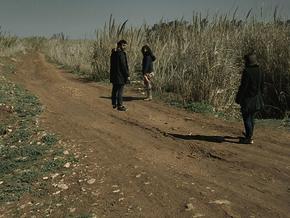 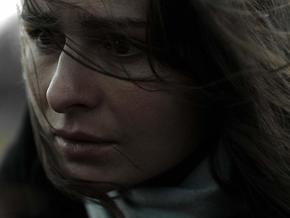