Review: We’ll Be Young and Beautiful

12/09/2018 - VENICE 2018: Thirty-year-old Letizia Lamartire, the only female Italian director selected for the festival with a feature film, screened her title at the International Film Critics' Week

We’ll Be Young and Beautiful focuses on a musical mother-child duo. She, Isabella (Barbora Bobulova), is a forty-year-old woman with a successful past thanks to a one hit wonder that lasted one summer, with its somewhat embarrassing yet premonitory lyrics ("we will find each other twenty years ago at a dark party in a nouvelle-vague style sedative night") still living on in the wake of its feeble popularity. In the film's early scenes, the director flits between a montage of clips from the '90s and the singer performing in the present day in a bar in Comacchio. Her son, Bruno (Alessandro Piavani), who she had when she was only 18, accompanies her on the guitar. At the end of the performance, a few people applaud, before the bar owner breaks the news to the boy that he can no longer afford to pay them to do three shows a week. It's Bruno birthday and his mum kisses him on the mouth, immediately revealing a somewhat "unhealthy" relationship. He watches her dance with rapt eyes that darken when a young man approaches her and whispers something in her ear.

In short, there’s some role reversal in this film, as is often seen on screen, with the son playing a parental role and the mother living a disordered life, picking up young men and failing to pay her electricity bills.  Then she meets Umberto (Massimiliano Gallo), a divorced engineer who wants to take piano lessons and things seem to take a turn, just as Bruno meets Arianna (Federica Sabatini), a young and charming singer and guitarist who belongs to the band that replaces them at the bar.

Despite the inevitable clichés, the screenplay, written by the director with Marco Borromei and Anna Zagaglia under the supervision of Federica Comacchio (We Have a Pope [+see also:
film review
trailer
interview: Nanni Moretti
film profile]), flows rather confidently as it details this oedipal mother-child relationship with a fair amount of nuance. The direction is lucid and has flashes of originality, while Giuseppe Chessa's photography plays with bright red, blue and green tones that create a pop-style atmosphere. Matteo Buzzanca’s original music and songs are good and the performances are real, not mimed (inaddition to the Centro sperimentale di cinematografia di Roma, the director also graduated from the conservatory and seems to know a lot about the world of music), similar to Nico, 1988 [+see also:
film review
trailer
interview: Susanna Nicchiarelli
film profile] by Susanna Nicchiarelli (winner of the Orizzonti section at Venice last year), in which the Danish actress Trine Dyrholm plays the Velvet Underground's muse and bravely sings the songs herself. Barbora Bobulova doesn’t aspire to the role of the accursed rocker, which doesn’t really suit her, instead, she embraces her role as a somewhat bungling ex-popstar.

Produced by CSC Production with RAI Cinema with the contribution of MIBACT - Direzione Generale Cinema, We’ll Be Young and Beautiful will be distributed abroad by Rai Com. The film will be released in Italian cinemas on 20 September.

more about: We’ll Be Young and Beautiful

“This woman contains a lot of passion and emotion, which I was happy to try to justify”

The best of recent Italian cinema returns to London from 26 February to 3 March, with Loro by Paolo Sorrentino due to kick off the festivities

The best of Italian cinema in Barcelona

Some of RAI’s most recent high-budget co-productions, based on best-selling novels, touch down at the annual Cannes trade show 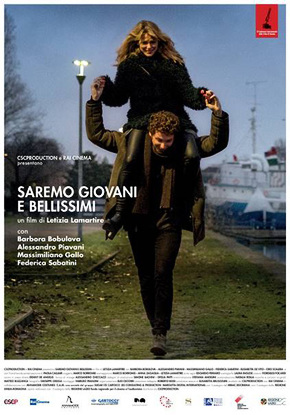 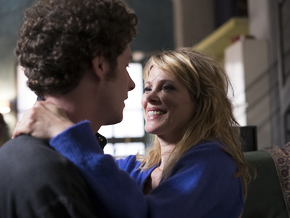