12/09/2018 - Thomas Lilti directs a fresh and intelligent new comedy about the outrageous medical degree selection process, through the portrait of a friendship

Vincent Lacoste and William Lebghil in The Freshmen

Between 2,300 and 2,500 young candidates line up behind their desks like chickens in cages in a large shed in Villepinte, in the suburbs of Paris, while a microphone relays instructions before an exam (MCQs to be filled out at speed). Their goal: 329 places in the second year of medicine – the infamous ‘closed number’ system that the current French government had planned to review. It’s this extreme selection process focused on "the ability to digest as much information as possible" that Thomas Lilti has decided to devote his fourth feature film, The Freshmen [+see also:
trailer
film profile], thus closing a trilogy of contemporary societal comedies about the medical field, which began with Hippocrates [+see also:
film review
trailer
interview: Thomas Lilti
film profile] (revealed at the 2014 Cannes Critics' Week, 950,000 admissions in France and seven nominations for the 2015 César Awards, most notably in the Best Film, Director and Screenplay categories) and continued with Irreplaceable [+see also:
trailer
film profile] (1.5 million admissions in France and a 2017 César nomination for Best Actor).

Flashback: it’s the beginning of the academic year at Paris Descartes. In a crowded lecture theatre, Benjamin (William Lebghil) starts the degree he has chosen after his baccalaureate, with the hope of following in his father’s footsteps, who is a surgeon. There he meets Antoine (Vincent Lacoste) who has already failed his first year twice. The atmosphere is electric: the university stream is under pressure and the selection process is deadly (on top of the baccalaureate, the chances of passing second year first time round are just 2%). Tutoring from alumni, mock exams, revision cards, summer internships in August, queues to get a good seat in class: Benjamin discovers with relative nonchalance a new world in which Antoine is deeply immersed, already thoroughly engaged in revising ("every time you want to cry, you have to tell yourself to put it in a box and open it afterwards"). The two classmates decide to work together, at an incredibly intensive pace, in a game of verbal ping-pong that takes place at all hours of the day and night, and in all places. The plan of attack: "learn to answer automatically" and to digest the last ten years of past papers in just 15 days. The partnership works perfectly well and in good humour until their first January exam (decisive for their final grade), which sees Benjamin (132rd) overtake Antoine (218th), thus totally upsetting their relationship ... Because, beyond an ultra-competitive exam worthy of an Ironman, the selection process is also a reflection of the social inequalities between those who are equipped with learning methods and those who are not.

Gifted with an undeniable talent for shaping popular films on intelligent social issues that affect countries other than France, too, Thomas Lilti delivers a very nice, simple and spirited film that is both entertaining and analytical in its own right, by tapping into a beautiful story of friendship. A way of encouraging discourse around the crucial topic of "putting society at the service of schools rather than the other way around."

Produced by 31 Juin Films and Les Films du Parc, The Freshmen is being sold internationally be Le Pacte .

more about: The Freshmen

Thomas Scimeca, Nicolas Belvalette, Jonathan Capdevielle and Léonie Dahan-Lamort are among the cast of this feature staged by Envie de tempête Productions

Lina El Arabi to lead the cast of Les meilleures

The acting revelation who made her name in A Wedding will be flanked by Esther Bernet in Marion Desseigne Ravel’s first feature film, a 31 Juin Films and Tripode production sold by Le Pacte

10 César nominations for Sink or Swim and Custody

The films by Gilles Lellouche and Xavier Legrand have outpaced The Sisters Brothers, The Trouble With You and Memoir of War in the Césars race

While the number of French cinema admissions and the percentage of French films contributing to the country’s annual market share remain relatively high, an erosive trend may be lurking

The nominees for the Lumières Awards unveiled

In Safe Hands, The Sisters Brothers, Amanda, Guy and Mademoiselle de Joncquières will lock horns for the Best Film Award 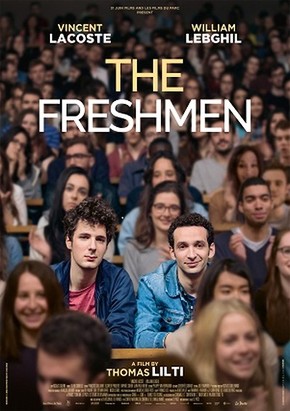 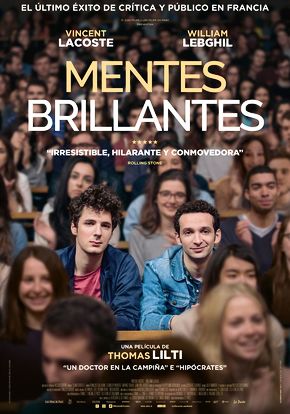 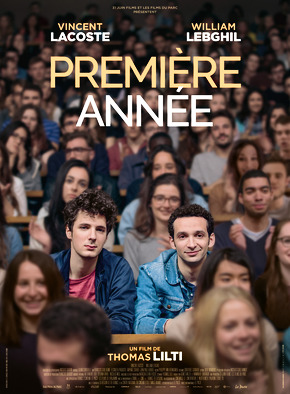 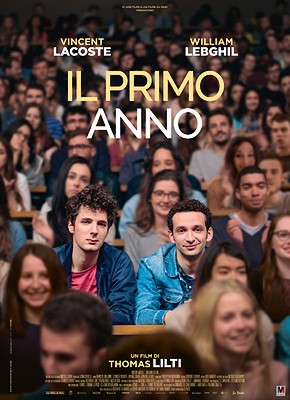