12/09/2018 - TORONTO 2018: Finnish filmmaker Selma Vilhunen delivers a well-crafted teenage drama that aims to address both the social aspect of teenage pregnancy and the rise of the far right in Europe

Helsinki-based director-scriptwriter Selma Vilhunen has forged a career in both fiction and documentaries. In 2012, her short film Do I Have to Take Care of Everything? was nominated for the Academy Awards. Four years later, her debut coming-of-age drama, Little Wing [+see also:
trailer
film profile], premiered in Toronto’s Discovery section and won the Nordic Council Film Prize. Vilhunen returns to the 43rd Toronto International Film Festival with her sophomore feature, Stupid Young Heart [+see also:
trailer
film profile], which had its world premiere in the Contemporary World Cinema section.

Fifteen-year-old Lenni (Jere Ristseppä) has a secret crush on 16-year-old Kiira (Rosa Honkonen), but they are very different people. Lenni is bullied on account of his short stature and scrawniness, while Kiira is gorgeous and extremely popular. They have an unexpected one-night stand, and while they are not in any “official” relationship, Kiira announces that she’s pregnant. After a brief period of deliberation, they both agree to keep the baby they’re expecting. After being raised by their respective single mothers, they feel that this could also serve as a statement directed at their families, which are falling apart. At the same time, their multicultural, working-class neighbourhood is undergoing a major change, as the rise of the far right is all too evident. While Kiira matures and becomes more responsible through her pregnancy, Lenni finds shelter and a substitute father figure in Janne (Ville Haapasalo), the leader of the local far-right party.

Stupid Young Heart remains fairly true to its title, illustrating the charming silliness that a teenage heart exudes when in love. As we follow these adolescents, who enter adulthood overnight, the abrupt end to their childhood feels dramatic but isn’t lacking in amusing aspects. The finely tuned chemistry between the debuting non-professional lead actors, Ristseppä and Honkonen, perfectly embodies their sensitivity, awkwardness and hesitation. Lenni and Kiira have a much stronger connection that it would appear to be on the surface, and this bond is necessary if they want to survive in an ever-changing world that demands adaptation. Part of this adaptation, or maturation, is to be found in Lenni’s involvement in the right-wing group, another clear symptom of the absence of a paternal role model for him.

After their Oscar nomination, Vilhunen, who also dealt with a father’s absence in Little Wing, has again teamed up with scriptwriter Kirsikka Saari, who aims to offer a wider social scope to the story. But by becoming more socio-political and directly commenting on the rise of the far right, especially in the Nordic countries, the film becomes less balanced. Theoretically, it ticks all the right current-affairs boxes, but the story isn’t allowed to breathe and seems slightly superficial. Lenni’s acts are partially justified by his background, but there is no further development of or depth to his character, making him appear more schematic than realistic. In terms of its topic, the combination of teenage pregnancy and far-right extremism feels edgy, but in the end, it is rather conventional and does not seize the opportunity to explore the matters at hand in more depth.

Despite its narrative shortcomings, Stupid Young Heart is a well-crafted teenage drama, vividly lensed by seasoned cinematographer Lisabi Fridel. Seen from a less austere critical point of view and more as a light-hearted observation of current events, it may appeal to a broader and younger audience.

Stupid Young Heart is a Finnish-Swedish-Dutch co-production by Elli Toivoniemi and Venla Hellstedt (of Tuffi Films, which was co-founded by Vilhunen and Saari), with Annemiek van der Hell (Windmill Film) and Nima Yousefi (Hob AB). Finnish world sales agent The Yellow Affair is handling the international sales, and Nordisk Film will release the film in Finland on 12 October.

The highly anticipated drama by Ulla Heikkilä will venture where few dare to go: straight to a Christian camp

The 2019 Jussis have championed courage, crowning a film made without the support of the Finnish Film Foundation

Directors Tobias Lindholm, Mikala Krogh and Linda Hambäck are among the beneficiaries of the latest round of financing

Nordic co-productions, documentaries in production and 13 projects in development are receiving the institute’s support; it is also granting two special scholarships to up-and-coming directors

BERLIN 2019: House of Hummingbird received the Grand Prix of the international jury in the 14plus section, while A First Farewell won it in the Kplus section

TORONTO 2018: Finnish filmmaker Selma Vilhunen delivers a well-crafted teenage drama that aims to address both the social aspect of teenage pregnancy and the rise of the far right in Europe 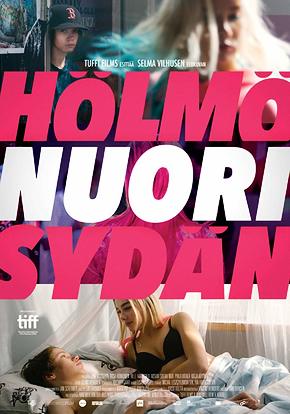 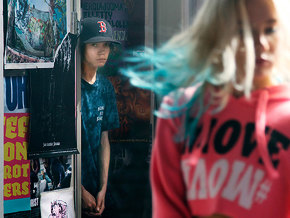 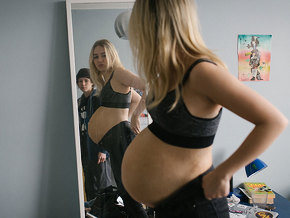