Stepan Devonin in Core of the World

In the remote Russian countryside, Egor (Stepan Devonin) works as a veterinarian at a training centre for hunting dogs. He lives in a small warehouse next to his boss Nikolai’s (Dmitriy Podnozov) house. Apart from treating the dogs, Egor also cleans out their huts, protects the centre from environmental activists and supervises all of the chores. The facility hosts various animals – mainly foxes and badgers that are used as prey. When he is brought a wounded dog by his “master”, Egor decides to cure her, despite Nikolai’s objections. The process will be slow, but he is determined to save her. Feeling safer among his animals than among humans, Egor tries to avoid getting involved with his boss’s family and his daughter, single mother Dasha (Jana Sekste). Staying as close as necessary, but also keeping his distance, he is still striving to gain their respect.

Meshchaninova delivers a stark and engaging film bordering on magical realism. Core of the World succeeds in making an observational analysis of the human psyche, and explores the need for belonging and acceptance. Egor is the “result” of a cruel, post-human society. Raised and then abandoned by his alcoholic mother, he’s unwilling to become part of another problematic family. Nikolai, a falsified father figure, also drinks, and Dasha, who’s attracted to him, scares the vulnerable Egor. His justified fear of humans, whom he considers to be traitors, leads him to trust more in his animal instincts, and he behaves like a modern-day, adult Mowgli. By not sharing his belongings or feelings with his “masters”, Egor seeks out interaction, but never a real emotional connection. He wants to be a member – or, better, the leader – of the pack, and be accepted for that role despite his apparently blunt character. Remaining honest to himself and his beliefs, Egor follows his own path, even when he doesn’t know where it will lead.

Capitalising on her strong documentary background, Meshchaninova avoids psychoanalysing her hero via excessive dramatisation. She witnesses his actions, captured by Evgeny Tsvetkov’s lens, and manages to get under his skin to reveal his inner battles. Egor wants to flee from his troubled past, but he’s afraid of the future. While he struggles to be cured of his wounds, much like his new dog, he also uses them as a kind of retreat. His life is in limbo, but subconsciously, he loves this insecurity. The unpleasant training centre is his fortress, the very core of his own world.

Core of the World was scripted by the director with her husband, lead actor Devonin, with the involvement of Khlebnikov. Devonin put a lot of his personality into Egor’s: he has a veterinary background and is an animal lover himself. His convincingly captivating and organic performance, for which he lost 30 kg and was awarded at Kinotavr, creates an extraordinary, natural portrait of an unconventional character who doesn’t fit in with modern social norms.

Core of the World is a Russian-Lithuanian co-production by Sergey Selyanov and Natalia Drozd (CTB Film Company), with Dagnė Vildžiūnaitė (Just a Moment). The world sales are handled by French firm Indie Sales.

more about: Core of the World

The 29th edition of the annual gathering will kick off on 7 November, while the 2018 Stockholm Visionary Award will be presented to Iranian filmmaker Asghar Farhadi 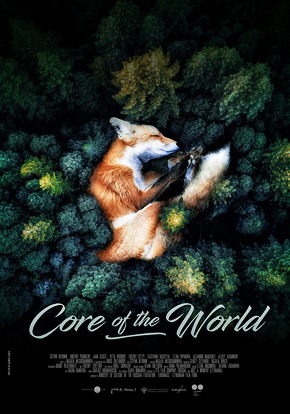 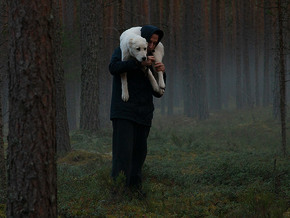 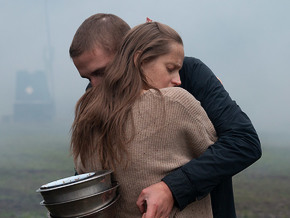