19/09/2018 - TORONTO 2018: Filmmaker and screenwriter Arturo Infante directs a science fiction comedy about the emancipation of women in modern-day Cuba

María Isabel Díaz in The Extraordinary Journey of Celeste Garcia

The Discovery section of the 43rd Toronto Film Festival hosted the world premiere of the first feature film by Cuban director Arturo Infante (previously a screenplay writer for the Spanish co-productions The Silly Age and Inside [+see also:
trailer
film profile]), a sci-fi comedy about the emancipation of women in Cuban society called The Extraordinary Journey of Celeste Garcia. The film stars a sixty-year-old woman who embarks on a broad introspective journey to find herself after being chosen to participate in an intergalactic mission.

This atypical heroine, played by the Cuban actress María Isabel Díaz (Volver [+see also:
film review
trailer
interview: Agustín Almodóvar
interview: Carmen Maura
interview: Pedro Almodóvar
interview: Pénélope Cruz
film profile], Apocalypto), was previously a primary school teacher, but is now making the most of her gift for pedagogy in her job as a child tour guide at the Havana Planetarium. Celeste has already been working for several years in the exploration and representation of space. However, she has never before pondered the existence of aliens until a message arrives addressed to her from her missing neighbour. Pauline, who pretended to be born in Russia, invites her to participate in a mission prepared by the Cuban government, back to her birthplace, which is actually another planet.

The odyssey to which the title refers reaches far beyond the intergalactic mission to the planet Gryok. Celeste will do two great things here. The first, and most obvious, refers to the physical preparation needed to become an astronaut. The second is the vast introspection needed to discover herself, overcoming a traumatic secret from her past, which she has never told anyone about. This process of female emancipation will occur in an abandoned school, the location of a training camp for future astronauts. It’s here that Celeste will learn how to behave in space, and to be happy on Earth.

The Extraordinary Journey of Celeste Garcia is a comedy full of surreal situations that reflect the interests and concerns of modern-day Cuban society. As stated by the director, the film is an ode to the emancipation of women with a sci-fi absurdist comedy tone.

The Extraordinary Journey of Celeste Garcia was produced by the Cuban German company Producciones de la 5ta Avenida, along with FassB Films and Match Factory Productions. The Match Factory is handling the film's international sales.

more about: The Extraordinary Journey of Celeste Garcia

TORONTO 2018: Filmmaker and screenwriter Arturo Infante directs a science fiction comedy about the emancipation of women in modern-day Cuba 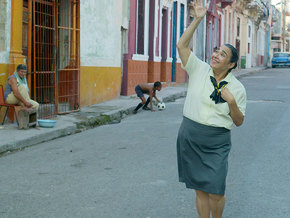 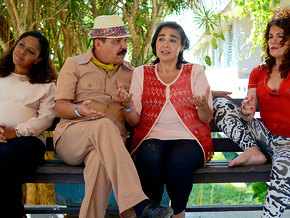 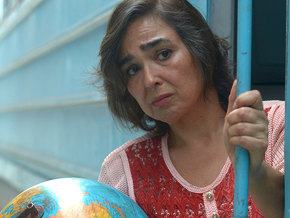