“Farming” is a colloquial term used by British social workers to describe a practice prevalent in the 1960s, 1970s and 1980s that saw Nigerian parents send their children to live with white, working-class foster families in Britain, believing that it would give them a better life. The downside of this “farming out” is brought into harrowing focus in British actor Adewale Akinnuoye-Agbaje's debut feature film, aptly titled Farming [+see also:
trailer
film profile], playing in the Discovery section of the Toronto International Film Festival.

Farming is an autobiographical account of the director’s personal experiences growing up in Tilbury, where he was neglected by his foster family, bullied at school and joined a vicious gang of racist skinheads. There are some echoes here of Jon S Baird’s 2008 film Cass [+see also:
trailer
film profile], which recounted the story of Jamaica’s Cass Pennant, a black boy adopted by a white family who joined West Ham United’s notorious football hooligan contingent, the Inter City Firm. Akinnuoye-Agbaje has made a far more serious film than that 2008 lads’ drama as he explores this phenomenon, which results not so much in double, but in bludgeoned, consciousness. What is it about his upbringing and British society that made the writer-director want to deny the colour of his own skin?

It’s a terrific milieu for a drama, so it’s a shame that this isn’t the movie to do the subject justice. Farming is an incredibly violent film, from the very first scene, in which a black man suffers a racial attack on the street, to depictions of the young Enitan (Zephan Amissah) misbehaving in a Nigerian school, to the house in Tilbury where we see the teenage Enitan (Damson Idris) being belittled by his foster mother Ingrid (Kate Beckinsale) and long-distance lorry driver dad Jack (Lee Ross), who send their badly bruised foster son back out onto the street to confront the thugs who have just beaten him to a bloody pulp.

The skinheads, led by sociopath Levi (John Dagleish), act in the same exaggerated, heavy-handed manner as they fight, and Akinnuoye-Agbaje gives way too much screen time to scenes of Enitan being humiliated and beaten by this group of thugs. The repetitiveness of the violence does give a sense of trauma and the resulting negative psychological state of our protagonist, but it also comes at the expense of character development, the lack of which makes the reformation of Enitan seem like an afterthought, rather than a reflection of the director’s own story. Even the lone sympathetic figure trying to help Enitan, a schoolteacher played by Gugu Mbatha-Raw, does not escape the wrath of the gang.

It’s a pity, as in pockets, Farming has a visceral quality that gives the world depicted a sense of dread and fear, and the topic deserves discussion. But the good work is undone by the over-egged performances and the equation of aggression with emotion.

Farming is a UK-US co-production staged by Montebello Productions, Groundswell and AAA Studios. It is a Logical Pictures and Metalwork Pictures presentation in association with HanWay Films. HanWay is also in charge of its international sales.

Farming comes out on top at Edinburgh

Adewale Akinnuoye-Agbaje’s movie has won the Michael Powell Award for Best British Film; other winners include Aurora and Sakawa

The MIA announces the deadline for the Film Co-production Market

The fifth edition of the Italian market that has now become an unmissable date in the diaries of key industry players will unspool in Rome from 16-20 October; projects must be registered by 29 June

Nick Rowland in post-production with his first feature, Calm With Horses 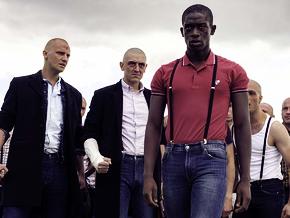 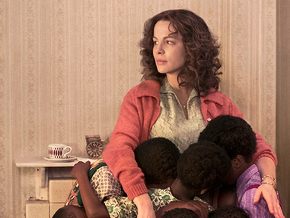