Following its premiere in the Forum section of the Berlinale, Theatre of War [+see also:
trailer
film profile], the debut film from multitalented Argentinian artist Lola Arias, was selected to compete in the Zabaltegi-Tabakalera section of the 2018 San Sebastián International Film Festival. With her first foray into filmmaking, Arias, an actress, performer, playwright, writer and curator, reveals the kaleidoscopic nature of her creative gifts, as Theatre of War pursues a synthesis of the artistic disciplines and expertise its director knows best — performance, theatre and 21st-century visual art. That said, the film is much more than an exploration of the confluences between forms of creative expression. It’s also an enquiry into the boundaries and crossovers that exist in film, such as those that emerge when we talk about gender.

Theatre of War takes a documentary approach to the Falklands War, thirty-five years on, while incorporating certain elements more native to absurdist comedy. The film centres on six veterans of the conflict: three from the Argentinian side, three British. At first, the audience might easily assume that they are in for a rather scholarly documentary, structured around interviews conducted with the former soldiers. However, as they will soon discover, Theatre of War is far-removed from academic convention.

In the first section of the documentary, we hear Arias’s voice as she subjects the veterans to a highly meticulous interview. She asks them about the work they do now and if any of them suffer from post-traumatic stress. She also asks them to recount certain episodes from their time in the line of fire. Later, she invites them to re-enact those moments with the soldiers from the opposing side, giving us a foretaste of the absurd and macabre atmosphere, very like that of The Act of Killing [+see also:
trailer
film profile], that the film ultimately takes on.

No pains are taken to hide the director’s dim view of the 1982 armed conflict, or her disdain for any other form of historical military strife. Theatre of War is a reappraisal and reinterpretation of the historical memory of the two once-embattled countries in the form of an essay film that mocks both the war itself and the patriotism evinced by both sides. At the same time, Arias draws on archive film and photographic material from the Falklands conflict, as if to counterbalance the more comic episodes with scenes of pure drama.

more about: Theatre of War

SAN SEBASTIÁN 2018: The two biggest festivals in Northern Spain will work together to share titles in their programmes from this year on 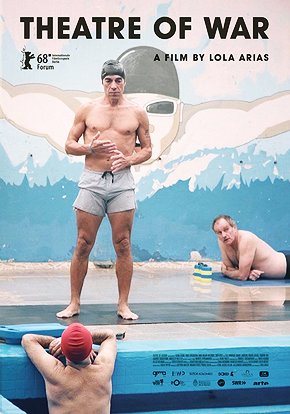 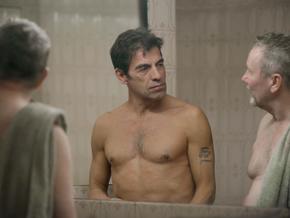 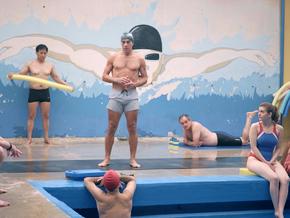 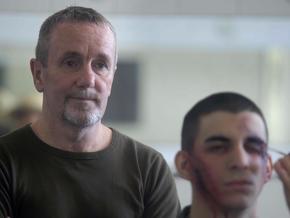