The Guilty enters the Oscars race for Denmark, Woman at War for Iceland 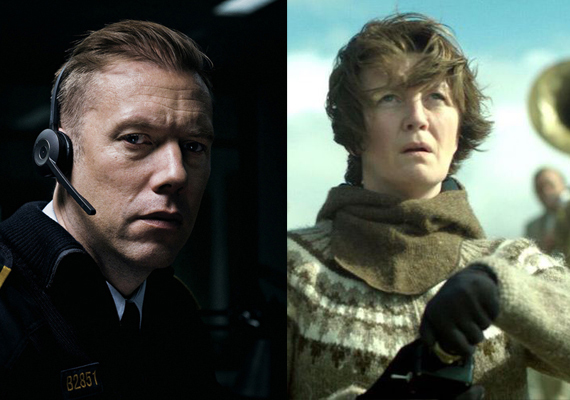 Denmark and Iceland have officially disclosed the names of their submissions for the Best Foreign-language Film category of the 91st Academy Awards. The selection committee of the Danish Film Institute has chosen Gustav Möller's The Guilty [+see also:
film review
trailer
interview: Gustav Möller
film profile] to represent the country. Produced by Lina Flint for Nordisk Film and penned by the director himself and screenwriter Emil Nygaard Albertsen, the film takes place over the course of a single night and is set within an emergency call centre where former police officer Asger Holm (Jakob Cedergren) takes a call from a kidnapped woman (Jessica Dinnage). The 30-year-old Swedish director, an alumnus of the National Film School of Denmark, successfully presented his feature debut in the World Cinema Dramatic Competition at the Sundance Film Festival in January this year.

Meanwhile, Iceland has confirmed Benedikt Erlingsson's Woman at War [+see also:
film review
trailer
interview: Benedikt Erlingsson
interview: Benedikt Erlingsson
film profile] as its Oscars bid. Written by Benedikt Erlingsson and Ólafur Egill Egilsson, the story revolves around Halla (Halldóra Geirharðsdóttir), an environmental activist in her fifties who tries to reconcile her dangerous attempts to sabotage her country's electricity grid with the upcoming adoption of a child from a Ukrainian orphanage. This Icelandic-Ukrainian-French co-production premiered in the Critics' Week at Cannes in May, followed by a number of successful festival screenings in Haifa, Hamburg, Melbourne and Neuchâtel.

Denmark has regularly entered movies for the Best Foreign-language Film category since 1956, and as of today, three national films have won the prestigious prize: Gabriel Axel's Babette's Feast in 1987, Bille August's Pelle the Conqueror in 1988 and Susanne Bier's In a Better World [+see also:
trailer
film profile] in 2011. Iceland has regularly taken part in the competition since 1980 but has never won an Oscar. Only Friðrik Þór Friðriksson's drama Children of Nature made the final shortlist in 1991.

School’s Out triumphs at the MyFrenchFilmFestival