24/09/2018 - SAN SEBASTIÁN 2018: Rodrigo Sorogoyen has come up with a forceful and adrenaline-charged thriller that grapples with Spain’s hottest topic: corruption among the political class

A gentlemen’s dinner (with just one lady), brimming with suits, trays of red shrimp, fine wine, braying bravado… and a notebook testifying to a political party’s illegal payments. The Realm [+see also:
trailer
interview: Rodrigo Sorogoyen
interview: Rodrigo Sorogoyen, Isabel P…
film profile]’s opening scene is a prime example of what seems to have been the norm in Spain’s high political circles, at least until accounts of its very serious corruption started to come to light. Director Rodrigo Sorogoyen and his loyal co-writer Isabel Peña felt a need to channel the public anger that was brewing from the moment Spanish politicians swapped their parliamentary benches (or tables in Michelin-starred restaurants, deckchairs on spectacular yachts or whatever lavish setting could be had with the aid of a “black” credit card) for the dock. Now the duo has been invited to share the result in the competition for the Golden Shell at the 66th San Sebastián International Film Festival.

One of those shrimp-munching gentlemen is Manuel López Vidal (one Antonio de la Torre, who dives into the role with a stirring and visceral performance), an influential regional vice secretary poised to satisfy his raging ambition by making the leap to national politics. One fine day, however, tales of murky goings-on in his past (and present) implicating both himself and his colleagues in the party (embezzlement, Swiss bank accounts, etc.) reach the media. Immersed in a maelstrom of document-shredding and excuse-peddling before the party leader (Ana Wagener), just to comply with procedures set in place by a newcomer who wants total transparency (Francisco Reyes), Manuel will come to realise something: he will ultimately be the one to carry the can, because his colleagues have decided to lay all the blame on him and save themselves. “Watch out for your enemies, but above all your party colleagues,” we hear.

The Realm is a painstaking account of the fall of a fiefdom that looked destined to last forever. In the world of film, such dizzying plunges into the abyss make for perfect thriller-fodder. Sorogoyen makes good use of his undeniable staging skills to lend a narrative and stylistic punch to Manuel’s spiralling struggle for survival, evoking some of the best examples of the genre — like the work of David Fincher, for example. The omnipresent electronic score by Olivier Arson adds to the heart-stopping qualities of a film that doesn’t get bogged down in subtleties, packed with scenes that revel unabashedly in their action for longer than strictly necessary to maintain a constant tension and edited with surgical precision by Alberto del Campo.

From bitter arguments to tense car chases and clashes with a probing press (in the form of a reporter played by Bárbara Lennie), The Realm ramps up the suspense at a merciless pace, all the while impressing upon all of us outside the world of politics that we too have skin in the game. The audience might well see the real incumbents reflected in the characters — but will they see themselves?

The Realm was produced by Tornasol Films, Trianera PC A.I.E., Atresmedia Cine and Bowfinger, in collaboration with France’s Le Pacte and Mondex&cie. International sales are in the hands of Latido Films.

more about: The Realm

"The movie is a cry of desperation and incredulity against corruption"

VENICE 2019: Spain's Rodrigo Sorogoyen, director of The Realm, talks to us at the Giornate degli Autori about the selection of his film as a finalist for the 2019 LUX Prize

SAN SEBASTIÁN 2018: Director Rodrigo Sorogoyen and co-writer Isabel Peña talk about The Realm, which is bringing Spain’s political corruption scandal into the battle for the Golden Shell

“This show is the most ambitious thing we’ve ever done”

Rodrigo Sorogoyen distils all the strengths of his previous work into Riot Police, a brutal and compelling six-episode series screening out of competition in San Sebastián 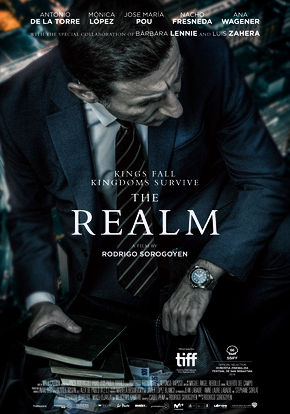 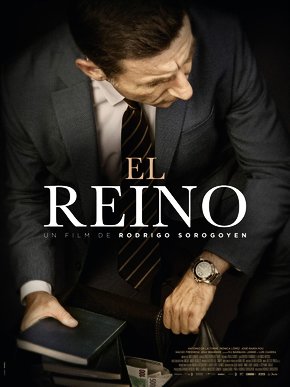 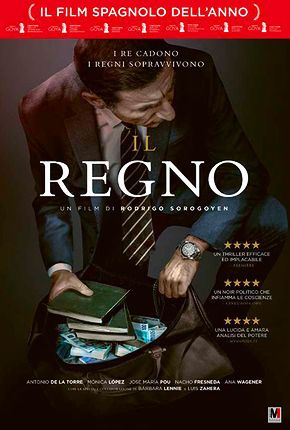 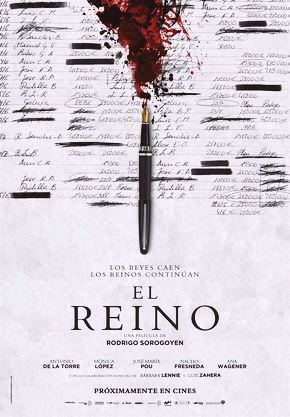 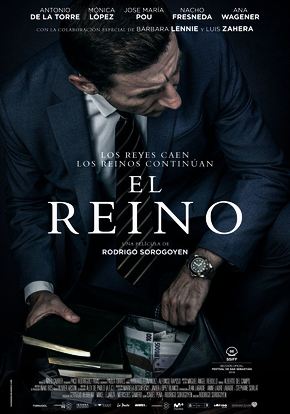 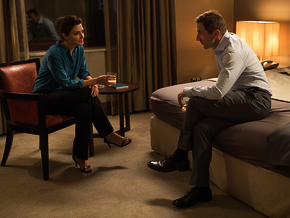 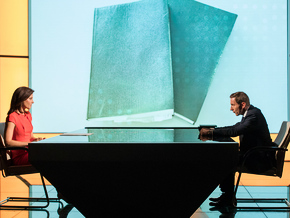 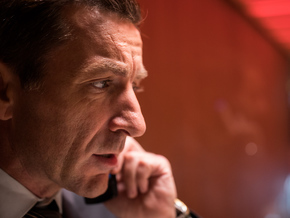 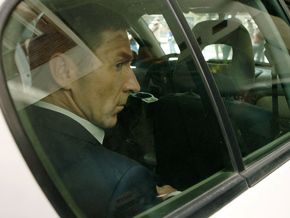