26/09/2018 - SAN SEBASTIÁN 2018: Peter Strickland shows a great sense of humour in this tale of consumerism, fetishism – and a killer dress!

Fatma Mohamed in In Fabric

Giallo is alive and well, but humans not so much, in the cinema of British director Peter Strickland, whose fourth film, In Fabric [+see also:
trailer
interview: Peter Strickland
film profile], is playing in competition at the San Sebastián Film Festival. Set in 1993, but with a 1970s aesthetic, it’s a darkly funny look at consumerism, fetishism and lonely-hearts ads that features dreams, killer dresses and untimely deaths.

Strickland keeps us guessing for a long time about the nature of the film on show before In Fabric takes off its topcoat and unfurls the B-movie horror plot at its heart. From the get-go, the mise-en-scène is heavily stylised, as one would expect from the director of Katalin Varga [+see also:
film review
trailer
Interview Peter Strickland - Director …
film profile] (2009), Berberian Sound Studio [+see also:
trailer
film profile] (2012) and The Duke of Burgundy [+see also:
film review
trailer
film profile] (2014). The kaleidoscope of rouge is a constant warning sign of what’s to come. The opening credits start with a scarlet dress being unpacked from a clothing box before hitting us with a selection of retro photographs and lonely-hearts personal ads that transport us back to a time of rotary-dial telephones, psychological horror and board games. Sheila (an excellent Marianne Jean-Baptiste) works as a bank clerk and has “I’ll help you” emblazoned on her badge, but it is her that needs assistance. She lives with her teenage son Vince, and increasingly his muse and lover, Gwen (Gwendoline Christie). Their loud sex reminds Sheila of her broken heart.

In preparation for a date, Sheila takes advantage of the January sales being promoted on her television screens to visit Dentley & Soper, a department store just west of London, in the Thames Valley, where she is sold a red dress thanks to the florid tones of a bewitching sales clerk called Miss Luckmoore (Strickland regular Fatma Mohamed is her usual brilliant self). Miss Luckmoore, with her styling, make-up and cackle, would not seem out of place living in the apartment block housing Rosemary’s Baby.

Sheila goes on two contrasting dates to the same restaurant, and endures the inane criticisms of her bosses and a broken washing machine. Strickland makes Sheila so loveable that it’s disconcerting when the story is driven away from her and towards washing-machine mechanic Reg Speaks (Leo Bill) on his stag do. Reg’s own relationship with Babs (Hayley Squires) is rambunctious, yet still their life has heavy echoes of the events that overtook the life of Sheila.

Reg’s story is likely to infuriate many, as Sheila’s tale is so intoxicating that it’s initially frustrating when she’s no longer the epicentre of the movie and her sympathetic character is replaced by a bumbling fool. However, by cranking up the genre elements, Strickland is able to divert the narrative away from social commentary to highlight the humorous and musical aspects of the film, which is all the better for paying homage to Giallo.

In Fabric is a British production staged by Rook Films Ltd, BBC Films, the BFI and Headgear Films, and Bankside Films is handling its international sales.

more about: In Fabric

“What I wanted was the randomness of death”

SAN SEBASTIÁN 2018: We caught up with British director Peter Strickland to talk about dresses, Giallo and sexual desire in his new effort, In Fabric

GoCritic! Feature: The curse of a lost suitcase and formal dresses of Karlovy Vary

Stolen luggage, the nudity of Patrick and the bewitched attire of In Fabric

The Grand Prix was bestowed upon Joy, Emelie Jonsson and Bouli Lanners were crowned Best Actress and Actor, the Audience Award went to Smuggling Hendrix and the Cineuropa Prize to Aniara

Eighteen features have made the programme for the 8th Paris International Fantastic Film Festival, with one world premiere, one European premiere and nine films making their debut in France 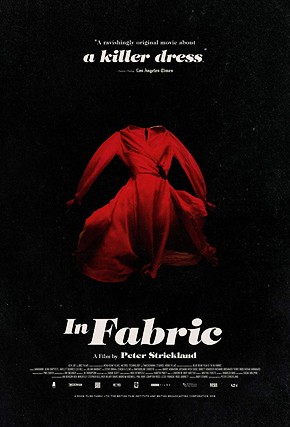 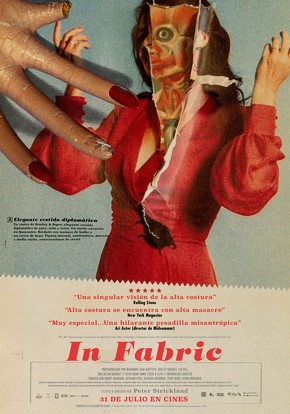 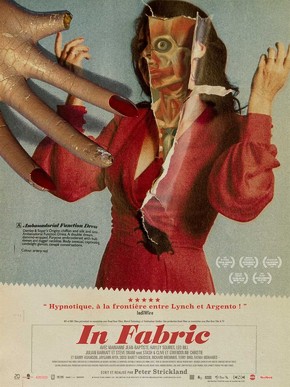 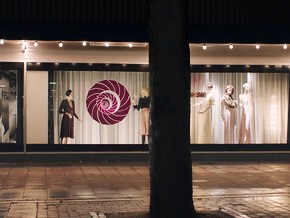 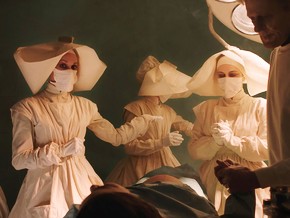 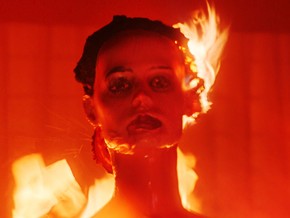 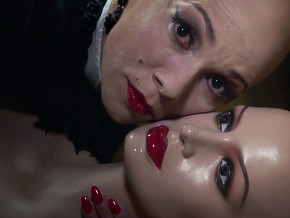 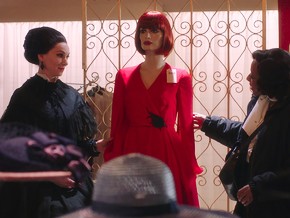 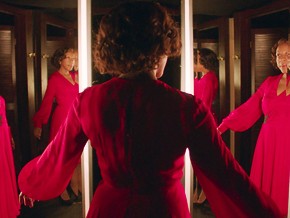 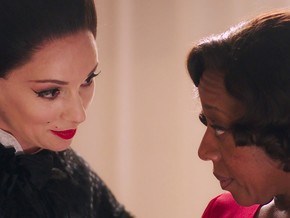 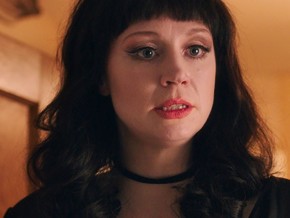 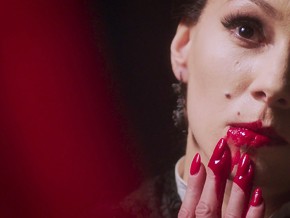 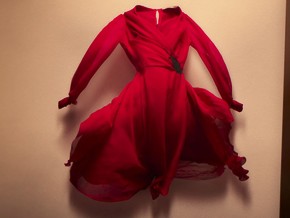