26/09/2018 - Benoît Delépine and Gustave Kervern direct a bitter yet tender comedy of resistance on the topic of capitalism, poverty and utopia

Jean Dujardin in I Feel Good

"I believe in our liberal system, just like you," "the aim of the game is to put others to work, not to work yourself," "I want to be very rich, immensely rich." Who is behind this system of beliefs in I Feel Good [+see also:
trailer
film profile], the new film by Benoît Delépine and Gustave Kervern (Louise-Michel [+see also:
film review
trailer
interview: Benoît Delépine and Gustav…
interview: Benoît Jaubert
film profile], Mammuth [+see also:
film review
trailer
interview: Gustave Kervern, Benoî…
film profile], Le grand soir [+see also:
trailer
film profile], etc), which closed the 71st Locarno Film Festival in August and which Ad Vitam will be releasing in France this Wednesday, 26 September? Someone who has "benefited" from the system, a wealthy privileged individual, or a young wolf with sharp teeth perhaps? Not at all, and to assume so would be to misunderstand the filmmaker duo's vision of the modern world. Relying on Jean Dujardin and his immense talent for playing super-convinced fools, the two directors lean towards a distorting and often very funny reflection on the excesses of capitalism, while immersing us in the heart of a real Emmaus community, painting a picture that is both tender and a little sad, where the flame of its founder's spirit, Abbot Pierre ("we also need reasons to live as well as to make a living") and his utopian faith with and for man, who have nothing, without knowing where they come from, or what they have done before, has been burning since 1954.

When Jacques (Dujardin) finally emerges, after keeping a low profile for a good three years, not even attending his parents' funerals, his sister Monique (Yolande Moreau, perfect in her sweet bipolar nostalgia) willingly puts him up in the Emmaüs centre she runs. But Jacques has no real intention of working at one of the site's workshops. His chance encounter (while begging - very inventive) with a former high school friend, an obese guy who has undergone a makeover and is now a CEO in the industrial pastry industry with all its pretty women, Lions Clubs and luxury villas, gives him a business idea: "make the little people beautiful" with "super low-cost" cosmetic surgery. A terrible smooth talker, Jacques tries to convince a few disadvantaged people in the community: "you have huge potential for seduction," "stop doing nothing, you have to get out of your comfort zone," "appearance is more important than performance," "changing your face means changing your life," " you will be magnetic to sponsors with your new look," "the enemy preventing you from becoming rich is your own kindness," persuading a small group to travel to “Hope Clinic” in Bulgaria...

Playing on the contrast between Jacques' "incoherent" speeches and the super-modest humanity of his group, I Feel Good is a humorous take on the disease of capitalism that contaminates the most stricken social strata, without ever laughing at the dismay of the Emmaus community, where the film was shot with a number of non-professional actors who actually live there. A delicate balance to be maintained, and one that incorporates fiction and quasi-documentary, making this new film by Delépine and Kervern a work whose fierce humour is a little less at ease than in their previous films, but which does not prevent them from paying fine tribute to Abbot Pierre, and clearly conveying their message of resistance: the new world is not about absurdly attempting to reign over the animal kingdom, it’s about salvaging the old, renovating it and transforming it.

Produced by No Money Production and JD Prod, with Arte France cinéma and Hugar Prod, I Feel Good is being sold internationally by Wild Bunch.

more about: I Feel Good

That’s a wrap for Pascal Rabaté’s The Voiceless

The brilliant Yolande Moreau, Gustave Kervern and François Morel topline this Loin derrière l'Oural production, which will be sold by Films Boutique 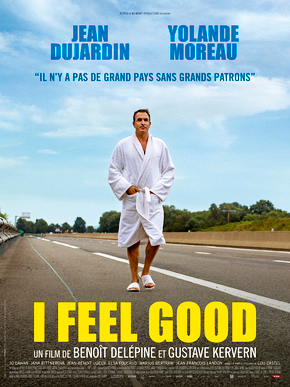 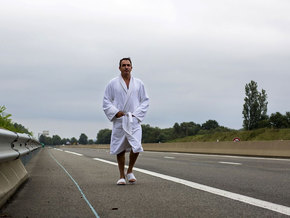 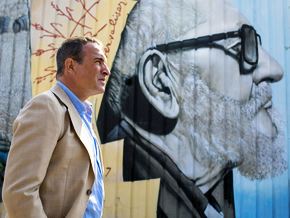 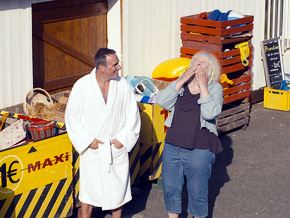 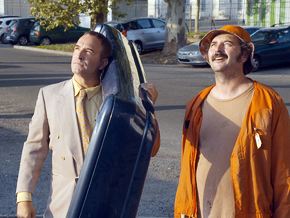 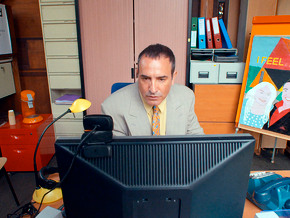 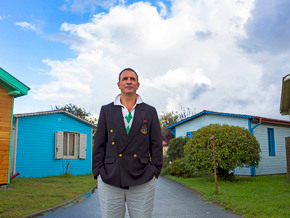 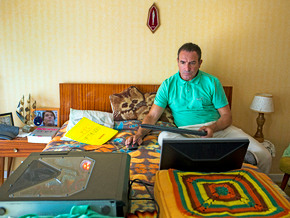