With The Deer Almandoz is dancing to a different tune: it’s a narrative film, if an unconventional one, which adheres much more closely to the established vocabulary, norms and structure of fiction. While his debut led the viewer aboard the titular ship for a voyage through otherworldly seas, here we are invited to roam the countryside and waterways surrounding the city of San Sebastián, where raw nature coexists with the traces of a ghostly industrial past.

The landscape of this peripheral zone is both strange and surprising, a no-man’s land that at the same time is home to lifelong inhabitants, young people from other parts now perfectly integrated into the indigenous population and kids desperate to get out of a place they find claustrophobic, even if it’s in their blood.

As we follow the protagonist, a Basque biker of Moroccan descent trying to scrape a living by wheeling and dealing from the back of his motorcycle, we meet various other characters who symbolise ancient, irresolvable conflicts, like the two brothers (one a poacher, one an intellectual struggling with his sexuality) who share a house but not a way of life.

All of these elements, complemented by the beautiful natural setting that ultimately sets the tone of a film that dotes on it, are rallied by Almandoz to the task of reaching an audience that has never even heard of Sipo Phantasma, albeit with a plot that sometimes feels a little uninspired. The Deer’s slow, deliberate and contemplative place, however, is not the most enticing overture to its undeniable charms.

The Deer, written and directed by Koldo Almandoz and starring Laulad Ahmed, Patxi Bisquert, Iraia Elías, Erika Olaizola and Ramón Aguirre, was produced by Basque company Txintxua Films. It is set for release in Spain this Friday, 28 September, distributed by Golem.

more about: The Deer

“The challenge was making a conventional film.”

SAN SEBASTIÁN 2018: Basque director Koldo Almandoz was in San Sebastián to present his second film, The Deer, just days before its release in Spain

The new production, created by Verónica Fernández and Laura Sarmiento, is currently being filmed in the Basque Country 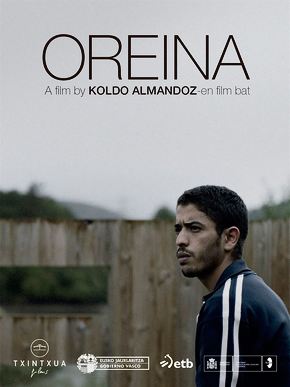