Swedish actress Tuva Novotny’s directorial debut, Blind Spot [+see also:
trailer
interview: Tuva Novotny
film profile], playing in competition at the San Sebastián Film Festival, demonstrates that her acumen extends to both sides of the camera. Told in real time, in one take, the story starts at a handball game, where the camera sits in a single spot by the substitutes’ bench as the girls jog in and out of frame, only in shot when the emphasis is on defence. Defence is one of the keys to this heart-breaking tale about how we as humans try to protect ourselves and how sometimes, come what may, it’s impossible for our protective mechanisms not to be breached.

The decision to shoot this story of friendship, mental health and trauma in one take allows Novotny to really emphasise the performances, rather than the camerawork. Unlike Sebastian Schipper’s excellent Victoria [+see also:
film review
trailer
interview: Sebastian Schipper
film profile], where there is an element of wondering how they actually pulled off certain moments technically, and where the camera feels like a character in the story, here cinematographer Jonas Alarik (Ravens [+see also:
film review
trailer
interview: Jens Assur
film profile]) does an amazing job of making the camerawork organic, even when clearly making choices about which character’s point of view to emphasise, such as in a hospital scene.

At first, the camera is so even-handed that we are not even sure which one of the two girls walking home from sports practice, Thea (Nora Mathea Øien) or Anna (Ellen Heyerdahl), will be chosen as our protagonist. But much like the celebrated opening of Robert Altman’s The Player, perspectives will change as the story develops; however, the moves from one character to another in Blind Spot are not staccato. The result of the shooting style is that Blind Spot possesses the quality of theatre; the immediate-reaction shot is not as important as witnessing the complete response to an incident, and by leaving the camera observing, the pain doesn’t subside simply because the director shouts “cut”. So often in movies, much of the grieving process is left on the cutting-room floor – but not here.

The opening scenes are intriguing because Novotny accentuates the everyday nature of adolescent life: the teenagers discuss their homework, boys and parents, but skirt around their inner turmoil and emotional well-being. This blind spot of human interaction could be what the title is referring to, but it could equally be a nod to the pivotal event of the film happening off-screen, at which point the camera jumps to Maria (an excellent Pia Tjelta) preparing dinner for her two children while her husband Anders (Anders Baasmo Christiansen) is out at work.

There are revelations to come that showcase how the human desire for normality and to make everything seem alright is an admirable but mostly counterproductive approach to dealing with mental issues – and life in general. In addition, the decision to shoot in real time questions how cinematic language also does this: so often, movie editing wants to cut straight to the action and not deal with the emotional consequences of an event, and over the course of a century, this has created a collective consciousness of what constitutes good cinema – but is this simply escapism, avoiding emotional truth and intelligence in favour of physical action and the event itself? And if so, what is the human cost? Novotny’s fine film is far more complicated than a single camera choice.

Blind Spot was produced by Norway’s Nordisk Film & TV AS.

SAN SEBASTIÁN 2018: One of Scandinavia's most enduring actresses, Tuva Novotny, branches out into directing with Blind Spot, which we discussed with her

The leading industry event will run both on site in Haugesund and online for four days, covering all of the major trends in regional cinema

Norway’s HIM snags the Eurimages Lab Project Award at Haugesund

Hans Petter Moland’s successful bestseller adaptation proved itself at the 35th edition of the Norwegian industry awards, held on Saturday at the Haugesund Film Festival

The movie’s star, Trine Dyrholm, has pocketed the gender-neutral Best Acting Award, with Mia Engberg getting the Audentia Award for Lucky One 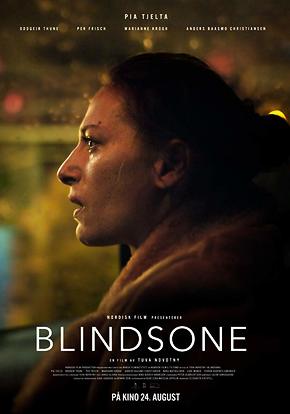 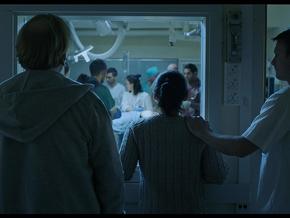 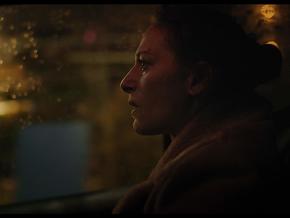