01/10/2018 - SAN SEBASTIÁN 2018: Romanian filmmaker Hadrian Marcu makes his feature debut with this intimate yet acerbic portrait offering a reflection on what it means to be a man in today’s world

Bogdan Dumitrache in A Decent Man

Although the promising A Decent Man [+see also:
trailer
interview: Hadrian Marcu
film profile], featured in the New Directors section of the San Sebastián International Film Festival, marks the full extent of Romanian director Hadrian Marcu’s experience of making full-length films, he could still be said to have a close relationship with the festival. The film was selected last year as a project in development for the inaugural edition of Glocal in Progress, an industry event that aims to give a boost to European productions in non-hegemonic languages. Now that we’ve seen the finished film, we can only applaud San Sebastian’s commitment to emerging talent.

The screenplay is loosely based on a novel by Romanian author Petru Cimpoesu, and far from being the story of an archetypal love triangle, Petru’s romantic complications serve essentially as a pretext for exploring the psyche of a complex man who has a hard time getting in touch with his deeper emotions. Right from the start, the camera keeps a close watch on Petru as he wanders from one place to another, seemingly without any clear idea of how to deal with the situations he finds himself in. His craggy features lend him an air of perpetual nonchalance, in stark contrast with the trepidation betrayed by his eyes and flustered movements at certain moments in the film. Without fanfare or platitudes, director and actor capture our interest and draw us in to the process that Petru is going through; yet, what we take away from the film depends more on our perceptions as viewers than on what it chooses to show us.

From very slight material, Marcu has managed to sketch a highly convincing portrait of a man out of his depth, without neglecting the two female characters at the centre of the conflict. Arguably, the key to the story’s success is the skilful harmony between the composition of the physical environment inhabited by the characters (the factory, the hospital corridors, etc.) and the mental landscape to which they are bound, riddled with secrets, lies and a great deal of dissatisfaction.

Nobody could call A Decent Man a particularly ground-breaking film. Indeed, it bears many formal and stylistic features reminiscent of the work of acclaimed Romanian filmmakers over the last few years. This shouldn’t be considered a weakness, however; in fact, we might call it a strength. Having discovered Marcu’s undeniable gift for telling complex stories, luxuriated in his relish for detail and taken note of his reluctance to state the obvious, we’re looking forward to seeing what else he might have to offer in the future.

A Decent Man was produced by 4 Proof Film.

more about: A Decent Man

“Once you have the right actors, the way you work with them becomes natural”

SAN SEBASTIÁN 2018: Hadrian Marcu debuts as a feature-film director with A Decent Man, a smart, sensitive and confident work about a regular but troubled Romanian man

The 11th iteration of the Kosovar fiction-film event promises a week full of cinema, new discoveries and a strong industry section

The festival boasts seven films in competition, a great selection of documentaries, solo exhibits by Bent Hamer and Alberto Rodríguez and tributes to Jean-Pierre Léaud and Peter Mullan

SAN SEBASTIÁN 2018: Romanian filmmaker Hadrian Marcu makes his feature debut with this intimate yet acerbic portrait offering a reflection on what it means to be a man in today’s world

The programme of the Basque gathering's section dedicated to up-and-coming talents has been rounded off with works by European, US, Latin American and Asian debutants 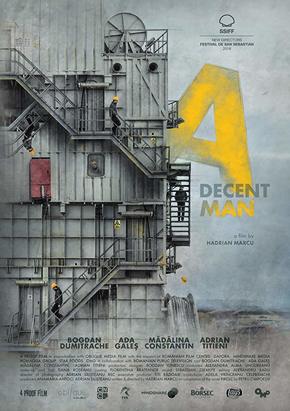 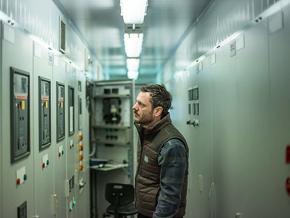