The second Balkan Film Market gets under way in Tirana

03/10/2018 - The Albanian industry event will once again host Pitch Balkan, Albascript Plus, panels, workshops and presentations, welcoming guests from throughout the region 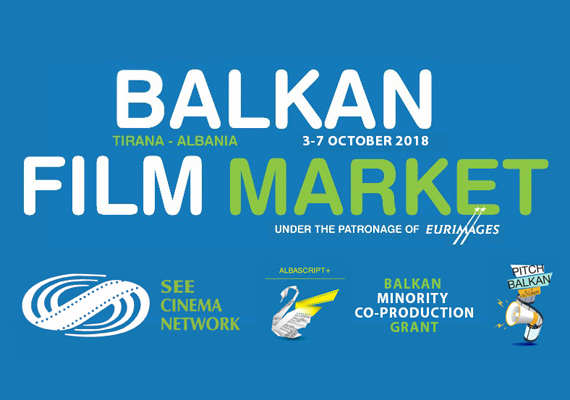 Instigated in 2017 by the Albanian National Center of Cinematography (ANCC) in celebration of its 20th anniversary, the Balkan Film Market will hold its second edition this year from 3-7 October.

The first day of the event is dedicated to Creative Europe and features the Balkan regional MEDIA Desks meeting, with panels on support for film development, film festivals, and film education and distribution schemes, as well as a workshop on audience development.

The most attractive section of the event is Pitch Balkan, where the producers and directors of 15 projects from 11 countries will be trained for a pitching session scheduled for 5 October, at which they will present their future films to a panel of international professionals (for the list of projects, click here).

Albascript Plus is a long-running screenplay development programme that last year expanded its scope to include neighbouring countries in addition to Albania. The teams behind 15 feature-length and five short film projects from Albania, Kosovo, Macedonia, Greece, Turkey, Serbia, Montenegro and Croatia will work with mentors throughout the event. For the list of projects, click here.

The SEE Cinema Network will hold its general assembly at the BFM and will also present 14 projects from seven countries – see the list here.

At the BFM, the ANCC will announce the winners of the 2018 Albanian Minority Co-productions competition, after an open pitching session scheduled to take place on 4 October. The list of eligible projects, mostly hailing from the region and with an Albanian co-producer attached, can be found here.

In addition, the event will host panels on filming in the protected areas in Albania, programming for children, co-producing with Italy, international film sales and Balkan productions, Austria as a natural co-producing partner in the Balkans, short films as a first step towards a feature debut, gender equality for Albanian women in the audiovisual industry, and the relation between local productions and international audiences, as well as the Balkan Co-production Day with the Roma Lazio Film Commission, and a presentation of the challenges and opportunities common to the Apulia Film Commission and the Balkan region.

The gathering will wrap on 7 October with a screening of a work-in-progress version of Maria Lafi's Holy Boom [+see also:
trailer
film profile], a Greek-Albanian co-production supported at last year's BFM through the Albanian Minority Co-production competition.