09/10/2018 - The meditative latest film by the Swiss director Daniel Zimmermann hypnotises us in the truest sense of the word, leading us by the hand into the heart of a mysterious forest

Produced by the audacious outfit Beauvoir Films, run by the producer Aline Schmid, Walden [+see also:
trailer
film profile] challenges the viewer right from the first shot. Aesthetically radical, not to say uncompromising, the latest film by Daniel Zimmermann – which received the Emerging Swiss Talent Award at Zurich Film Festival after having been awarded at Karlovy Vary Festival in July with the Special Jury Prize in the Documentary Competition – offers its audience a meticulously studied device, as simple as it is overwhelming.

Through thirteen 360-degree sequence shots, the film presents a choreography with animistic tones, going decidedly against the frenzy that characterises today’s society. Consciously in opposition to the incessant search for "everything now" that stifles any attempt at reflection, turning man into diligent little soldiers, Walden represents a real act of disobedience. An attitude that, noted in the film’s title, can’t help but make us think of the extraordinary book Walden; or Life in the Woods by the American writer Henry David Thoreau, a true cornerstone of the environmental movement. The book focuses on the experience of the writer who, in response to the absurdity of a young United States, marked by slavery and injustice, retires to the woods to find his humanity and to reconnect with the principles of nature: egalitarian and rational. Likewise, Daniel Zimmermann offers us a film that goes entirely against the grain: in part due to the slowness of its shots, and in part due, more literally, due to how the story unfolds in reverse.

Walden retraces the path of a series of wooden logs, which are turned into planks after being collected in a forest by Admont Catholic monastery in Austria, up to their final destination in the heart of the Brazilian rainforest. Each shot representing a stage of the journey: via land and sea. A surprising journey: from the wood’s final destination, up to its origins in the forest, which highlights the absurdity of the production. Through the slowness of the shots, the distortion of narrative linearity and the methodical fragmentation of each stage of this absurd journey, the director intends to awaken our dormant consciousness. Looking at reality from another perspective, viewers (those who have dared to indulge in Daniel Zimmermann’s crazy project) regain their reality, freeing themselves from the slavery of the immediacy that grips them. Forced to proceed at the pace of the camera, which turns 360 degrees on its axis, viewers activate all their senses. In order to understand what is happening, it’s not enough to simply focus on the brief moment when the shot focuses on living action (cutting down trees for example), you need to fill in the gaps using the narrative sequence, as well as various auditory and sensory clues. Details, which pass by unnoticed most of the time, regain all their symbolic power. The trees, their leaves, the small movements of vegetation breathing under our noses, transform this film into a magnificent choreography.

A minimalist and animist film reserved for anyone who has the courage to leave their comfort zone.

Walden was produced by Beauvoir Films, which is also handling the film's international sales, and was co-produced by Schweizer Radio und Fernsehen.

The meditative latest film by the Swiss director Daniel Zimmermann hypnotises us in the truest sense of the word, leading us by the hand into the heart of a mysterious forest 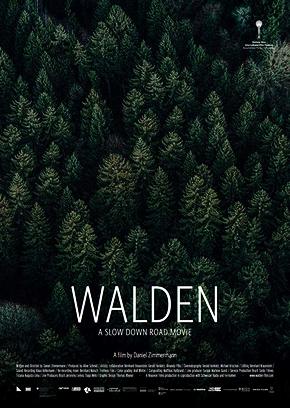 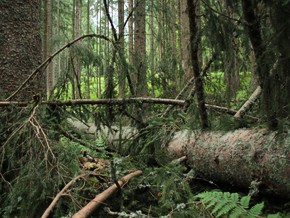