Review: Thou Shalt Not Kill

Alexandru Suciu in Thou Shalt Not Kill

Only two years after their very first short film, 4:15 PM The End of the World, was screened in the short-film competition at Cannes, Romanian directorial duo Cătălin Rotaru and Gabi Virginia Şarga return to the spotlight with their first feature, Thou Shalt Not Kill [+see also:
trailer
film profile], now competing in the 1-2 Competition at the Warsaw International Film Festival (12-21 October). Their exploration of the Romanian healthcare system is closely connected to recent scandals that have made many think that being treated in a Romanian hospital is even more dangerous than not being treated at all.

The story, written by the two directors, focuses on Cristian (Alexandru Suciu), a young paediatric surgeon working in a large hospital in Bucharest. He is devastated when one of his young patients suddenly dies in the hospital after undergoing surgery for a simple hernia. Sure that none of his actions were responsible for the child’s death, Cristian soon finds the culprit: the faulty biocides being used in the hospital fail to kill the dangerous bacteria in the operating rooms and recovery wards, endangering even the lives of patients being treated for minor issues. Soon, Cristian will see himself fighting against an entire system of corrupt doctors, indifferent hospital managers and government officials.

Of course, the first thing that springs to mind for a fan of the so-called Romanian New Wave is that Thou Shalt Not Kill explores the same subject matter as one of its instant classics, Cristi Puiu’s The Death of Mr Lăzărescu [+see also:
trailer
film profile]. Thirteen years after Puiu’s film won the Un Certain Regard Award at Cannes, it was high time that a filmmaker went back to that place where, behind the whiter-than-white doors and walls, people with very dark souls hide in plain sight. We see a world where the older doctors enjoy absolute power over their younger colleagues and where “nobody wants a revolution”, as Cristian’s colleague Ilie (Elias Ferkin) casually puts it, amazed that his more passionate peer is incredulous that everybody is aware the biocides are not effective and still nobody does anything to right the wrong.

The film’s power resides in its young protagonist, who may become one of those anonymous heroes that history never remembers. We root for him and admire his ideals, but we also see him slowly lowering his expectations from saving lives to at least not harming his patients (primum non nocere, the first requirement of the Hippocratic Oath, was one of the film’s working titles). An emotional conversation with the parents of Cristian’s dead patient reveals a twofold sorrow: they have lost a child, while the surgeon has lost the very purpose of his existence.

Unfortunately, some of the film’s most powerful scenes suffer because of a certain artificiality in how the actors interact. There is an uncinematic curtness in their lines that may sound much better on a theatre stage than on the screen, but the movie’s powerful story and how it unspools may prove effective with both local and foreign audiences. In this respect, Thou Shalt Not Kill resembles Radu Jude’s “I Do Not Care If We Go Down in History as Barbarians” [+see also:
film review
trailer
film profile]: both have their shortcomings, but there is no chance that they will leave their audience indifferent.

Thou Shalt Not Kill was produced by Axis Media Production and Green Cat Film. The movie is being handled internationally by Indie Sales. It will be released in Romania by Fast Idea Distribution next February.

more about: Thou Shalt Not Kill

Review: Thou Shalt Not Kill

A total of 15 films, including nine European titles, will vie for the Warsaw Grand Prix this year

Favourites, outsiders, likely bets and possible candidates: here are a few leads to help navigate the swarm of potential hopefuls for the 71st Cannes Film Festival (8-19 May)

Romanian hospital drama Thou Shalt Not Kill now in post-production 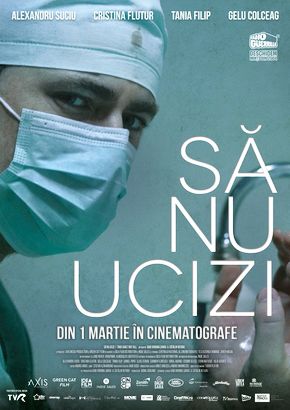 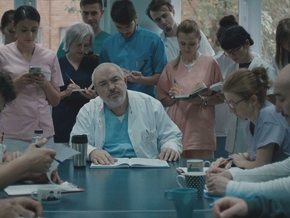 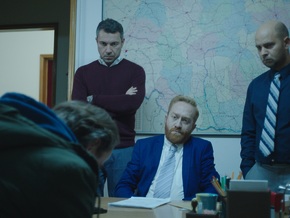 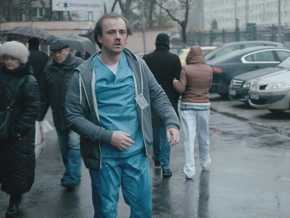 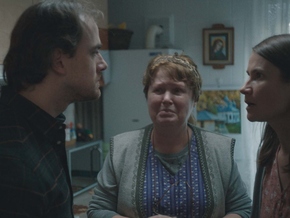