23/10/2018 - In telling the story of Norwegian black-metal band Mayhem, Swedish director Jonas Åkerlund makes his most traditional film yet

Rory Culkin in Lords of Chaos

It would be difficult to find a director better qualified to make a film about the notorious Norwegian black-metal band Mayhem than Swedish director Jonas Åkerlund, and he has done so with Lords of Chaos [+see also:
trailer
interview: Jonas Åkerlund
film profile], which played in the Cult section of the London Film Festival. In the 1980s, he was the drummer for Swedish metal band Bathory. After quitting, Åkerlund found fame with the visual trickery of his awe-inspiring music videos, which have earned him a shedload of the most prestigious music awards on the planet. His recent documentary Rammstein: Paris won a UK Music Video Award for Best Concert Film. He has documented Madonna and Paul McCartney, and made music clips for many of the biggest names of the past few decades, including U2, Beyoncé and Lady Gaga.

To date, his narrative features have been hugely experimental but far less successful. His 2002 adventure Spun tried to make the audience feel like they were on meth and was perhaps a bit too effective in achieving this goal. Horseman (2009) is a mess of biblical proportions, and Small Apartments (2002) came and went with but a murmur. For Lords of Chaos, he has followed a more traditional three-act structure and has created by far his most watchable feature.

In words across the screen by way of introduction is the line “Based on truth and lies.” And such are the various different narratives about the relationship between Mayhem band members Dead (Jack Kilmer), Euronymous (Rory Culkin) and Varg (Emory Cohen) that the film couldn’t be anything but conjecture. Despite a very high-profile court case, so much of what went on with the band in the early 1990s will forever remain a mystery. Åkerlund has set out his stall to make Euronymous the most sympathetic character in a story about boys who want to rebel, rock hard and live life on the edge. It is told with a voiceover straight out of Sunset Boulevard, which will regale anyone that missed the 1991 suicide or the 1993 murder with a surprise ending.

More than two decades have passed since the events in the movie, and it’s an interesting time for the film to arrive, as now the story can be contextualised in terms of white privilege, toxic masculinity and the Utøya massacre, which has recently been the focus of two very different films, Erik Poppe’s one-take U – July 22 [+see also:
film review
trailer
interview: Erik Poppe
film profile] and Paul Greengrass’ overcooked 22 July [+see also:
film review
trailer
film profile]. For his part, Åkerlund wants to understand how a well-to-do, middle-class kid could end up as a self-proclaimed Satanist who burns down churches. It’s a movie about idiots, and making a picture with buffoons as the central characters is difficult, but Åkerlund does it with aplomb. We get to see Mayhem become a pivotal part of the nascent Norwegian black-metal scene, then the acrimonious split and, finally, the defining murder, told in a classic three-act structure. Nevertheless, Åkerlund does throw in the occasional signature montage sequence and some gory violence in telling this intriguing, well-acted and impressively crafted story.

more about: Lords of Chaos

“Some films that are about real events are made too early”

We chatted to Swedish director Jonas Åkerlund about Lords of Chaos, which homes in on notorious Norwegian black-metal band Mayhem

The fifth edition of the first Italian festival dedicated to music-themed films will unspool from 25 January-3 February, with 90 movies and music videos, and a focus on the Berlin party scene

Eighteen features have made the programme for the 8th Paris International Fantastic Film Festival, with one world premiere, one European premiere and nine films making their debut in France

In telling the story of Norwegian black-metal band Mayhem, Swedish director Jonas Åkerlund makes his most traditional film yet

Other EFM titles include God’s Own Country, The Dinner and Tom of Finland 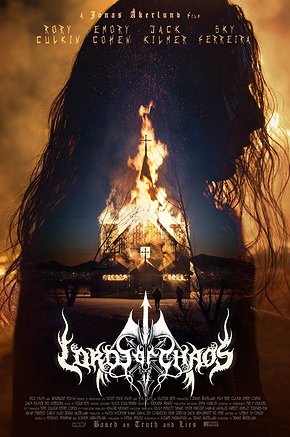 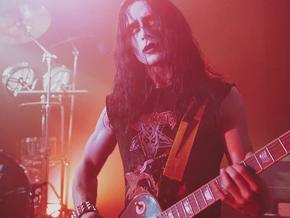 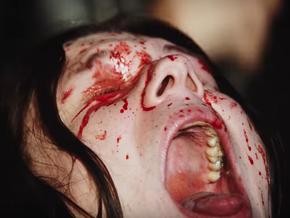