The documentary follows an increasingly popular and troubling phenomenon in Romanian society – namely, the obsession with the heroic deeds of the Dacians, the ancient inhabitants of the territory now occupied by Romania. The Dacians were conquered by the Romans in 106 AD, and the fact that they resisted the more powerful Roman armies multiple times, the many legends that are now fed to children from the youngest of ages, and the embellishment of ancient Dacia in the history books during the communist regime have all led many Romanians to see the Dacians as the epitome of heroism, bravery and masculinity. The most fervent (and usually the most imaginative in nurturing apocryphal legends) of these Dacia aficionados are referred to by their more reserved fellow countryfolk as “dacopaths”, a linguistic construction similar to “sociopath”.

Free Dacians explores a few aspects of this cultural phenomenon. We see bearded men dressed in traditional costumes engaging in arcane rituals, families living in a “Dacian village”, a troupe of amateur actors re-enacting fights between Dacians and Romans, and so on. In one of the film’s most hilarious moments, a former mayor of Cluj-Napoca, one of Romania’s biggest and most cosmopolitan cities, nonchalantly muses that Jesus was actually born in Dacia. His irrefutable argument? The similarity between the words “Galilee” and “Galaţi”, the latter a city in present-day Romania. And one can only imagine how Germans are likely to react when he utters that “Deutschland” actually means “the country of the Dacians”…

The two directors use a minimalistic setting for their interactions with the “dacopaths”. They do not judge, and nor do they make any effort to refute the sometimes outrageous statements that their interviewees make on camera. They do not create a dialogue, preferring to be detached recipients of various assertions that vary from enormities to mere declarations of love for a cleaner, more traditional way of life. And this collection of extravagant opinions is not as local as it may seem, adding to a host of extreme, absurdist, nationalistic examples from elsewhere.

Unfortunately, the directors’ detachment and their observational approach make Free Dacians little more than a parade of freaks and weirdos, whose anecdotal reactions never get to the core of the phenomenon. With a running time of a tad over 60 minutes, Free Dacians would have been greatly aided by a more rational, educated and specialised input on the topic. Among the doc’s interviewees are a historian and an archaeologist, but their opinion on the phenomenon is not much more than an overly casual “These guys say crazy things.”

There are very few examples of films that can be aided by a certain release date. Produced by Manifest Film, Free Dacians will be released domestically on 1 December, the very day when Romania celebrates the 100th anniversary of the so-called Great Union in 1918. It is thus an obvious (and necessary) commentary on Romanian politicians’ increasingly nationalistic stance. 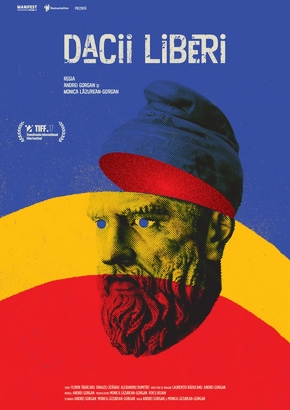 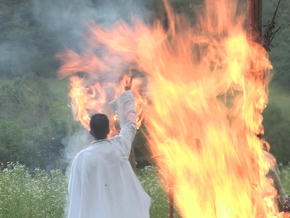 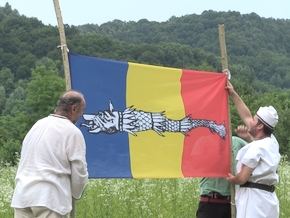 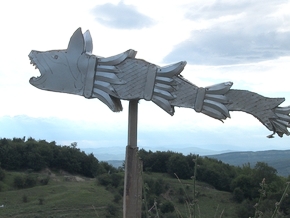