Josh O’Connor and Laia Costa in Only You

Premiering at the London Film Festival, in the BFI First Feature Film Competition, Harry Wootliff’s Glasgow-set production Only You starts off as a conventional romance before veering into a topical tale about in vitro fertilisation (IVF) treatment and childless couples. Little does singleton Elena (Victoria [+see also:
film review
trailer
interview: Sebastian Schipper
film profile] star Laia Costa) know when she sings "Auld Lang Syne" at her friend’s New Year’s Eve party that this is really about to be a new beginning, as a chance encounter on the way home leads to her sharing a taxi with part-time DJ Jake (Josh O’Connor). They end up at her flat listening to her musician dad’s record collection and bonding over a discussion about Elvis Costello’s “I Want You”, in which Jake points out that this isn’t really a love song. This is a hint that Only You will not be a conventional narrative.

It’s an endearing start, and it’s a refreshing change to see it being the academic younger man, the 26-year-old Jake, who wants to settle down, rather than the 35-year-old Spaniard, even if it’s slightly unbelievable that it takes until Jake moves into her apartment for him to discover the real age “gap” between them.

The posturing by Elena is grating. It’s a film with strong themes, a good eye for the ups and downs of relationships, and plenty of attention to detail, but it also falls into the trap of Elena’s girlfriends being used mainly for expositional purposes. When Jake talks about The Graduate, it brings into sharp focus the fact that in the classic 1967 Mike Nichols film, the relationship is just one of many great plot lines, but here, the tales away from the central romance fail to hold much interest.

When the couple embarks on IVF treatment, the movie and the relationship get serious. As Elena researches IVF, it becomes apparent to her and Jake that it will involve emotional hardship and a huge monetary cost. It’s a story that is being repeated around Europe, which is little talked about on film, and it’s to Wootliff’s immense credit that she takes such care in going into the detail of what IVF involves. The whole picture could have been made about this.

The final segment of the film, about whether the relationship will survive, sees a shift in focus, as it switches from being firmly on Elena to her waiting for Jake to come to his own realisation. Unfortunately, this final act suffers from poor pacing. Nonetheless, it’s clear that Wootliff is a voice to look out for, especially if she continues to tell unique stories about modern life, which have hitherto been brushed under the carpet.

Only You was produced by British outfits Synchronicity Films and The Bureau, while French firm The Bureau Sales is overseeing its international sales.

more about: Only You

The Keeper comes out on top at Dinard

Marcus H Rosenmüller’s German-UK co-production has pulled off a double win, having been awarded by both the jury and the audience at the 30th Dinard Film Festival

The ninth edition of the gathering gets under way on 1 July, in Palma, Majorca, where it will unspool for one week; viewers will also be able to enjoy the movies all month long on the Filmin website 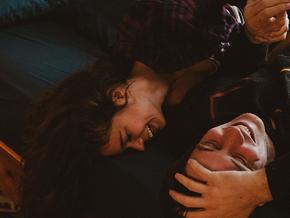