24/10/2018 - The debut feature by Belgian filmmakers Timeau De Keyser and Pieter Du-moulin is a minimalistic and enigmatic story in an urban setting, harking back to the works of the Dardenne brothers

Young Belgian co-writer-directors Timeau De Keyser and Pieter Dumoulin make an impressive feature debut with Étangs Noirs [+see also:
trailer
film profile], which follows a young man over a 24-hour period. Living alone on a Brussels housing estate, he attempts in vain to return a misdelivered parcel. After bowing at Film Fest Gent, and then enjoying its international premiere in the BFI London Film Festival’s Journey strand, this taut and bittersweet 70-minute effort should grant its promising directors some more international recognition and festival play, and perhaps encourage a more ambitious follow-up film.

Étangs Noirs immediately distinguishes itself with its blend of the concrete and the mysterious, its story linear and readable as it unfolds, but ultimately inviting multiple interpretations. The movie’s opening shot introduces our lead, Jimi (Cedric Luvuezo, one of the small cast’s few professional actors), cradling a poorly wrapped, unremarkable-looking parcel, roughly the size of a cereal box. It has been delivered to the right flat number, but the incorrect building of the two on his social housing site. So Jimi, who is not specified as having a full-time job or any flatmates, sets off on what becomes a quixotic odyssey to return this package to its rightful recipient.

De Keyser and Dumoulin, with flair and sensitivity, turn his search into an unveiling of various minor human character studies, as he interacts with neighbours throughout the building to solve the riddle. The parcel’s addressee, Sayenna, is not answering the door, but Jimi eventually deduces her place of work: a dowdy convenience store within the sprawling Étangs Noirs Metro station. He arrives just as she clocks out for the day, and this sense of an unfortunate missed connection culminates in some dangerous behaviour, and then a look into his unconscious as we see what he dreams of on the night of his failed quest.

Étangs Noirs’ down-at-heel, urban French-Belgian setting inevitably reminds us of the Dardennes, whom De Keyser and Dumoulin mimic in both obvious and subtle ways: their tightly choreographed long tracking shots are present and correct, yet the odd stylistic tics reappear, such as intercom conversations shown from the point of view of just one participant. The location work is grubby and tactile, with wide-angle lenses bringing every detail to light; an exterior night-time shot of the high-rise shows Jimi as a tiny, dotted figure on the balustrade, as if in an unusually deserted Brueghel landscape painting.

There is no ambiguity in what is depicted on screen, but other elements demand an explanation: what is his motive for going to such lengths to assist an apparent stranger? And what on Earth is actually in the parcel? Étangs Noirs sidesteps the “why?” to focus bravely on the “how?”, even if this minimalistic focus sometimes suggests a thrifty, low-budget short or even an accomplished student film.

After experimenting with dead cinematic time in its final act, consisting of simply observing and waiting alongside Jimi on a crowded Metro train, the film brings together its odd strands, and builds to a wonderfully subtle and humanistic climax.

Belgium’s two public TV channels are joining forces to address an enigmatic episode in national modern-day history: the case of the Brabant Killers

The debut feature by Belgian filmmakers Timeau De Keyser and Pieter Du-moulin is a minimalistic and enigmatic story in an urban setting, harking back to the works of the Dardenne brothers 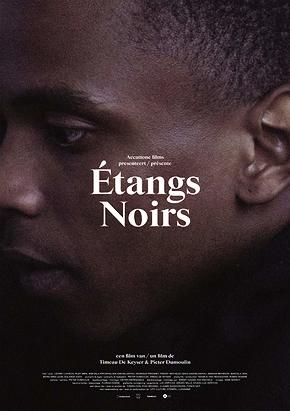 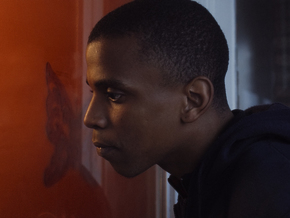 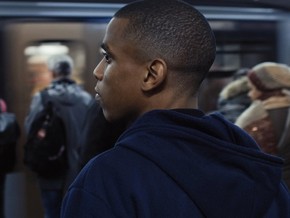 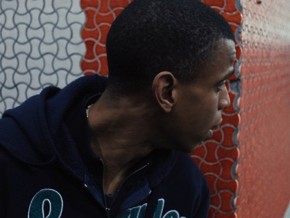 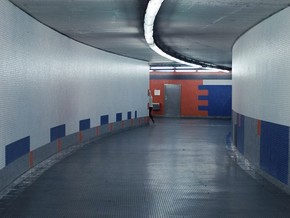