06/11/2018 - In her first feature film, Valentina Primavera uses a personal story to make a frightening statement about the ordinary, atavistic violence that's paralysing her country

Two cruelly lucid films by female filmmakers about patriarchal atavisms that are profoundly paralysing Italian society made their world premiere at DOK Leipzig. Despite the defeat focused on in Claudia Tosi's I Had a Dream [+see also:
film review
trailer
interview: Claudia Tosi
film profile], in international competition – which initially seems more weighty due to its politics – the personal angle adopted by Valentina Primavera in Una primavera [+see also:
trailer
film profile] (International Programme) and her more intimate relationship with her subject matter allows her to directly hone in on the political and ideological backwardness that we’re so familiar with via a fundamental unit: the family. And she does so by following her own mother, Fiorella’s "escapade" from the moment she decides to leave her husband as a 60-something-old woman.

When Fiorella states her reasons for the clean break, with tears in her eyes, we wonder why she has waited so long to flee the relationship, but in the same breath she says that she has always been forced (by her mother-in-law but also her mother) to endure in silence, so as not to bring "shame" on the family. And indeed, if her relatives’ shame is more or less hidden, more or less conscious, her attempt to distance herself in order to live a little, finally, is sanctioned by severe loneliness – yet another way she is straitjacketed by her family, outside of which she has never really existed.

Fiorella is trapped, a sweet, familiar trap, but one that is also as ruthless as the mentality that keeps her in line, surrounding her like Sartre's hell, one that’s not defined by "other people" but by "the family," instead. It is shocking to note that the director, Valentina, who accompanies her mother's escape with her soft voice throughout the film, is the only one to really help her. Her eldest daughter's lack of empathy ("she is free to do as she pleases, but she’ll have to live with it") is just the first in a series of rather startling reactions in which banal yet diffuse violence is quietly expressed. Over time, we even hear the husband praised, admired for his patience during Fiorella's absence. One uncle goes as far as to point out, quoting Mussolini, that it is better for a woman to marry a lion than a sheep, and no one blinks an eyelid!

What Valentina is focusing on here is not an attempt at emancipation, but its sheer impossibility. The observation she makes about this world, which she has decided to leave behind, is very dark, and nothing in the film suggests that these archaisms will cease to perpetuate any time soon. When the teenage niece, excited at seeing a boy arrive, says he constantly talks to her about his bike, she is unable to admit that she doesn't care, choosing to say that she "just doesn’t understand" instead. In the universe that Una primavera describes, a world where the most a husband can do is to worry that the woman with whom he shares his life "eats!" before her meal gets cold, feminine happiness seems to be irremediably reduced to small stolen moments of pleasure: a dance step, the taste of a cherry, a song about flying...

Una primavera is an Austrian, German and Italian production, managed by Johannes Schubert.

In her first feature film, Valentina Primavera uses a personal story to make a frightening statement about the ordinary, atavistic violence that's paralysing her country 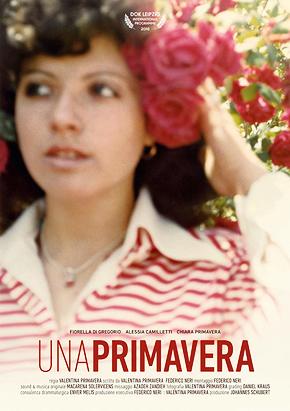 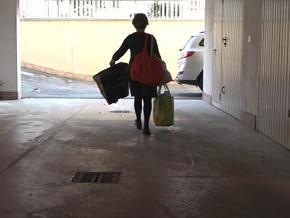