The Croatian city of Sisak, one of the oldest human settlements in the region, called Siscium in Roman times, is the hometown and clearly a never-ending source of inspiration for filmmaker Goran Dević. His previous film, Steel Mill Café, dealt with people left behind after the former industrial pride of the town was shut down. In On the Water [+see also:
trailer
film profile], his newest movie – and probably the best one of his 15-year-long career – Dević paints both a loving and piercing portrait of the city nestled on three rivers. The picture world-premiered in DOK Leipzig's International Competition, where it received a Special Mention.

Sisak is basically an island at the confluence of the Odra, Sava and Kupa rivers, and all of Dević's protagonists are connected to the water in one way or another. Most directly, Mićo and Mario are fishermen on the hunt for that one big, mythical catfish that they have been trying to catch for years. "Rambo", a burns victim from his time serving in the Croatian War, also likes to spend his time in his boat, preferably alone. Attorney Marko loves swimming upriver and has a strong wish for his teenage son to inherit both the family business (Dad is very proud that their law firm has been operational since 1952) and his love of this particular sport. Former convict Robert, after spending eight years in prison, is squatting in an old house on the river. "Rat", a former steel-factory worker whose leg injury has left him unemployable, now lives off collecting wood from the trees that have fallen into the Kupa, together with his young, delinquent son. Most poignantly, Mrs Trivkanović lets flower wreaths float down the Sava, dedicated to her husband and two sons who were killed in the war.

Dević masterfully interweaves their stories to reveal an intricate social background of this city that was once a thriving multinational community. Mario is very protective of his Serbian friend Mićo, but their “bromance” suffers when the latter starts his own business with a tourist hut on the river. Rambo tells us that during the war, it was only cowards who were the ones torturing prisoners. And Mrs Trivkanović relates how, as a nursery teacher, she did not believe the rumours that all Serbs from the town would be "slaughtered" when the war started.

But the point of the movie lies in how the director captures poetic visuals and sometimes counterpoints them with these confessions: as Marko swims upriver in the winter, with steam rising from the water, he looks almost suspended against the current, with a deserted factory building looming in the background. It is hard to miss the symbolism of a shot of Robert from above as he is washing himself in the river with soap, set against his voice-over describing how he killed a friend in a drunken altercation. And as we get to the third act, which includes a collective baptism (and Robert, in his boat, in a close-up, mouthing the words to the Christian song that accompanies it) and a celebration of "Celtic Night", On the Water turns into pure poetry in which even the Croatian national anthem has an uplifting effect, even though we have just witnessed horrifying war stories.

On the Water is a testament both to the humanity of the protagonists and to the filmmaker's ability to draw it out and contextualise it, sending a love letter to his hometown. This love is sometimes tough – it doubts and it wavers – but it is loyal and dedicated, a love that embraces and forgives. It is something that the Christian religion preaches, rather than practises, and which Dević achieves through inspiration and his undeniable mastery of the filmmaking craft.

more about: On the Water

The recipients include the new films by Zrinko Ogresta, Kristijan Milić, Goran Kulenović, Petar Orešković and Goran Dević, and the feature debut by Dubravka Turić 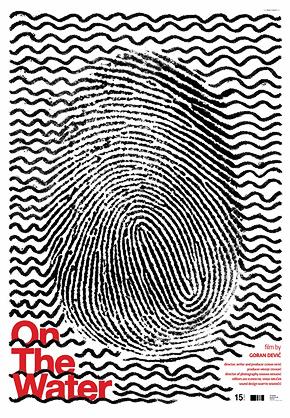 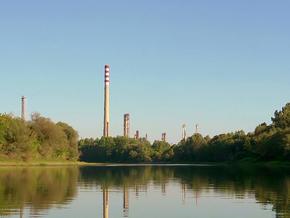