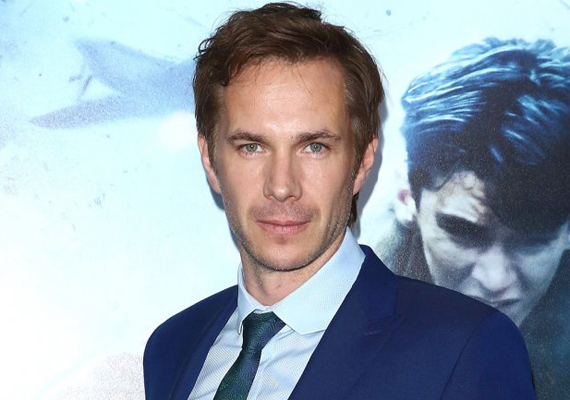 The project, entitled Made in Italy, is a comedy developed by British outfit CrossDay Productions and penned in its entirety by the director himself. The story centres on Robert (Liam Neeson), a bohemian artist who travels from London to Tuscany with his estranged son Jack (Micheál Richardson) to make a quick sale of the house they have inherited from his late wife. This is the third important role for Neeson's son Micheál Richardson, following his involvement in Brady Corbet's musical Vox Lux (premiered at Venice two months ago) and the US TV series Big Dogs. Back in October 2017, actors Bill Nighy and Jack Lowden were announced to star, but they have now been replaced by Neeson and his son.

Made in Italy [+see also:
trailer
film profile] is being co-produced by Pippa Cross and Sam Tipper-Hale for London-based CrossDay Productions, and Nicola Serra for Rome-based TV and film production firm Palomar. Marie Gabrielle Stewart and Janette Day will serve as executive producers, whilst Mike Eley (The White Crow [+see also:
film review
trailer
interview: Ralph Fiennes
film profile], Woman Walks Ahead) has been confirmed as the director of photography and Chris Dickens (Steel Country [+see also:
trailer
film profile], The Man with the Iron Heart [+see also:
trailer
film profile]) as the editor. Executive producer Marie Gabrielle Stewart is very enthusiastic about the project: “It has been exciting to see this popular screenplay and project really mature and take shape this year, and with Liam and Micheál playing a father and son facing both emotional and comedic challenges in Tuscany, we are in for a very special treat.”

British distribution company HanWay Films has not disclosed the official release date yet, but its representatives have brought Made in Italy to the American Film Market, which opened in Santa Monica on 31 October.