Rage [+see also:
trailer
film profile] is the second full-length fiction film from Portugal’s Sérgio Tréfaut, after 2011’s Viagem a Portugal. Tréfaut also has substantial experience as a director of documentaries, including Treblinka [+see also:
trailer
film profile]. His latest film, selected for The New Waves section of the 15th Seville European Film Festival, is an adaptation of Manuel Fonseca’s novel, Seara de vento. Both book and film tell the story of the Palma family, trapped in rural poverty in a country still governed by the landed oligarchy in 1950.

The film opens with a tragedy: Antonio, the head of the household, leaves his ramshackle home in the middle of a bleak countryside, shotgun in hand, headed for the seat of the village squire. After taking out both the landowner and his son, Antonio flees, but the authorities soon come knocking and his home ends up engulfed in flames. All of this happens in the first few minutes of the film; from this point on, we travel back in time to find out what could have driven Antonio to such a drastic move.

Shot in black and white, courtesy of veteran cinematographer Acácio de Almeida and almost to its own detriment, the film portrays the wretched day-to-day life of a family somewhere in Alentejo region, close to the border with Spain. In these parts, where the powerful have everything they desire while the poor struggle to put crumbs on the table, many courses of action are driven by desperation and powerlessness. A large part of the film’s success lies precisely in the ability of the actors to convey these emotions while hardly saying a word. Particularly impressive are the little-known Hugo Bentes, note-perfect in his portrayal of the man at the heart of the story, and Leonor Silveira (The Strange Case of Angelica [+see also:
trailer
film profile], John From [+see also:
film review
trailer
film profile]), whose gaze manages to express the full depth of her character’s pain.

We have already alluded to the fact that film begins at the end — giving us a sense of being inexorably trapped by the advancing narrative. What could bring a family man to destroy his life with such an irrevocable act? Rage unfolds like a sort of historical thriller, strange as that may sound, keeping us on the edge of our seats without compromising its rigorous historical accuracy as it paints a portrait of a place and time that most of us know little about. A huge part of its success is down to the tremendous work of the film’s artistic and wardrobe directors (Miguel Mendes and Fabrice Ziegler, and Lidija Kolovrat, respectively). There are certain moments when it feels like we could be watching real images of Portuguese rural life in the middle of the last century. No doubt Tréfaut’s skills as a documentarist were an advantage in his efforts to reconstruct this very specific time and place with such striking realism.

Rage, in short, offers a cinematic experience that shines in its doting attention to detail and, especially, in the honesty with which the characters and their tragic circumstances are portrayed. Tréfaut was gutsy enough to take on a classic of Portuguese literature and has pulled off this delicate enterprise with aplomb, demonstrating his gift for creating complex characters and settings.

Rage is a coproduction by Faux, Les Films d'Ici and Brazil’s Refinaria Filmes. It will be distributed in Portugal by Nos Lusomundo Audiovisuais, with Doc & Film International handling sales.

The projects The Bride, Mamacruz and Last Night I Conquered the City of Thebes have taken home the prizes from the platform’s second edition

Rage wins the 7th edition of the Sophia Awards

Contrary to expectations, Sérgio Tréfaut’s film outperformed António-Pedro Vasconcelos’ Parque Mayer, which cashed in on a mere three prizes out of its 15 nominations

Promising deals on the horizon for Doc & Film International

The firm boasts Samouni Road in the Fortnight, Dead Souls as an Official Selection special screening, plus new projects, including the upcoming film by Gianfranco Rosi

Doc & Film International has a powerful presence everywhere at Berlin

The French company will be at the EFM selling titles such as Touch Me Not by Adina Pintilie, in the running for the Golden Bear, and Game Girls in the Panorama

At Cannes, the French company will be selling West of the Jordan River, which will be premiered in the Directors’ Fortnight, plus a huge array of other tantalising titles 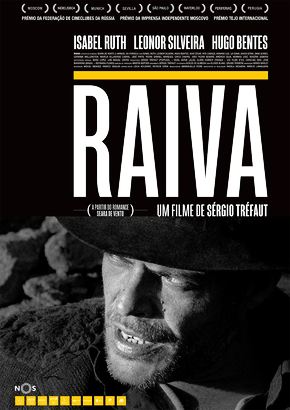 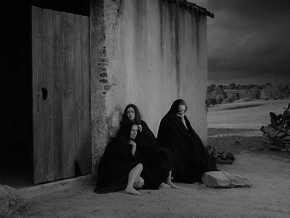 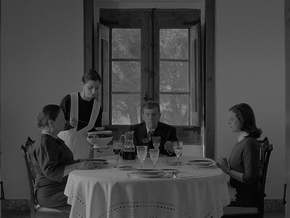 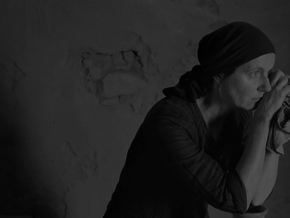 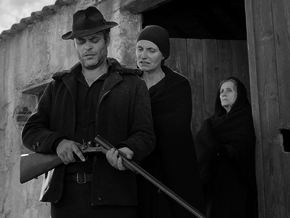