21/11/2018 - With a great soundtrack and lots of humour, Eloy Dominguez Serén’s feature-length debut takes us to the Sahrawi people who live in exile in the Sahara Desert

In his feature-length documentary debut, Hamada [+see also:
trailer
interview: Eloy Domínguez Serén
film profile], Eloy Dominguez Serén whisks his viewers away to the barren landscape of the Sahara, where we are introduced to one of the world’s most forgotten people: the Sahrawis. These former fishermen and -women were displaced over 40 years ago, after Morocco annexed the former Spanish Sahara. And although their prospects seem as bleak as the stony refugee camp in which they live, this coming-of-age portrait of friends Sidahmed, Zaara and Taher evokes more smiles than it does tears. Dominguez Serén proves that humour can be a powerful tool in raising awareness of human rights issues. The film premiered at the 31st International Documentary Film Festival Amsterdam (IDFA), during a special event curated by Oxfam Novib, one of the IDFA’s main partners.

With strong visuals and some intense sound design, Hamada commences with one of its heaviest scenes. One of the protagonists talks about a dream he had, laying bare the emotional distress of these people living in exile. Sand dunes show the emptiness of the desert, in which the only movement is the wind’s reshaping of the dunes themselves. It resembles the state of mind of the protagonists, as their ambitions don’t seem to find any clear direction in this void. Here, the only things stirring are dreams swirling up inside, like the wind causing the smooth sand to ripple until a storm finally breaks.

There’s a pleasant balance struck between the personal story and politically loaded scenes, the latter serving a clear function in explaining the essentials of the Sahrawi exodus to viewers. They also show us that Sidahmed, Zaara and Taher have heard the stories a million times, and see the international rallies for Sahrawi rights more as an opportunity to get to know their European peers. The desire to reinvent themselves is expressed continuously, as Zaara keeps trying to bluff her way into a new job. “I know all about mechanics,” she explains at the local garage ever so convincingly. And we would believe it if it weren’t for the scenes in which we observe how she has no clue about how cars actually work. This search for personal development and self-fulfilment inevitably culminates in them leaving and trying their luck elsewhere, as eventually Sidahmed sets off for Spain. And all we can do is wish him the best of luck.

With stunning cinematography, a catchy score and some charming personal stories, Eloy Dominguez Serén has managed to paint a unique portrait of a situation that has come to a complete standstill.

Hamada was produced by Momento Film (Sweden), in co-production with ma.ja.de (Germany) and Fuglene (Norway). The film is supported by the Swedish Film Institute, which also handles the international festival distribution, the Norwegian Film Institute and Fritt Ord. The international sales are handled by Germany's Deckert Distribution.

"I would always ask them if they fancied filming, and if they said yes, they decided what they wanted to shoot"

We spoke to Eloy Domínguez Serén, the director of Hamada, which is taking part in the Nordic Documentary Competition at the Göteborg Film Festival this week

The Swedish producer from Momento Film tells us about the project The Swedish Torpedo by Frida Kempff, winner of the Coprocity Development Award

This weekend a total of 28 Spanish projects, some in development, others in post-production, will be presented at the Albacete Independent Film Market

From 3-7 April, the Tui International Film Festival in Galicia, Spain, will be unfurling its new programme, which is bursting with activities, tributes and undeniably scintillating movies

The documentary by Austria’s Sebastian Brameshuber has come out on top in the international competition, while Michael Andrianaly’s Nofinofy also performed well

China’s Suburban Birds came out on top in the Official Section, while Young & Beautiful did likewise in Latexos and Thirty Souls scooped the Audience Award 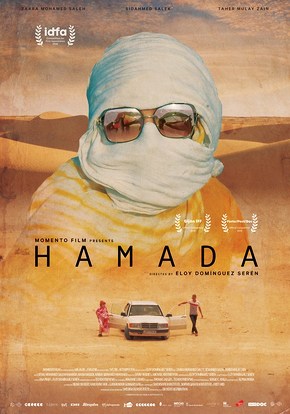 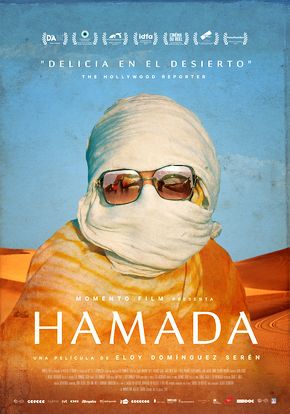 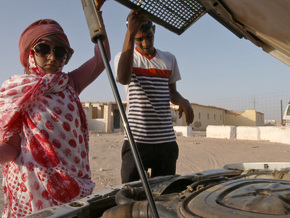 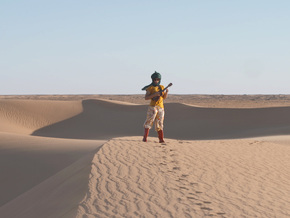 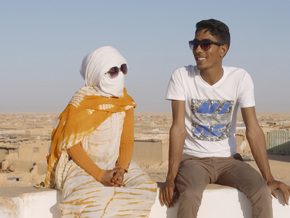