21/11/2018 - David Hernández makes his directorial debut with this portrait of the wanderings of a man in the grip of an existential crisis, filmed in black in white over three years between Galicia and Madrid

Premiering in competition in the Rellumes section at the 56th Gijón International Film Festival is La felicidad de los perros [+see also:
trailer
film profile], the debut feature from David Hernández erstwhile photography director and short filmmaker, starring Fran Paredes, supported by Deborah Vukusic, Santi Prego and Isabel Naveira. Based on a screenplay written by Galicia-born Hernández himself in collaboration with Toni Bascoy, the film is completely independent, having been made without any kind of grant or institutional/TV company support. The need for the project to be self-financing and self-sustaining meant that filming — with scenes being shot chronologically — dragged on for three years, as the team worked only at weekends, editing the footage as they went along. At times, this made for greater control over the raw material, with errors corrected on the fly. However, as Hernández himself acknowledges, he hopes to have a few more resources at his disposal in future film projects.

The film opens with a sequence that links directly to its title [The Happiness of Dogs]: a gleeful canine bounds around a beach, playing in the waves and retrieving a stick that someone throws for him, over and over again. The scene captures the natural, simple joy of unfettered liberty. In contrast, César, the film’s protagonist, is chained to a life that enslaves him, between his family, unemployment and a society that won’t let him move forward, grow and find fulfilment. So, one day, he decides to run away...

Thus, the odyssey, filmed in black and white by Neira, begins. It’s the journey of a man with no future, clinging to a past that’s gone forever and absconding from a present that offers little in the way of motivation. César’s slow descent into desperation and disappearance proceeds gradually, with interludes in Zamora and Madrid, where he finds others in a similar situation to himself. Recurring throughout, we hear the distant barking of another dog, a captive like César that longs to run free on the beach, like the one at the start of the film.

La felicidad de los perros, edited so as to emphasise the prolonged cuts to black, effectively conveys César’s disquiet, his aimlessness and his crisis of identity. Unfortunately, the overall effect — excessively pessimistic, abrasive and stark — is to infect the audience with its apathy, while the film drags a little in the second half, at the risk of disengaging our interest in the erratic decisions of the central character. César’s dissatisfaction could equally be interpreted as cowardice and conformism (the dialogue includes lines like, “That’s life” and “It’s what there is!”). Plainly Hernández, following in the wake of filmmakers he admires, like Ozu, Dreyer and Bresson, has opted for an austerity of narrative and a formal restraint that reflect this bleak, grey, demoralising world — a world that ultimately vitiates the human spirit.

La felicidad de los perros — initially entitled La niebla (Fog; you’ll see why) — was produced by Adarme Visual. After Gijón, you can catch it at the eighth edition of the Márgenes festival.

Applause, praise and accolades for Hong Sang-soo in Gijón

The 56th edition of the Asturian festival has bestowed its highest honour (and two more besides) on Hotel by the River, directed by the South Korean maestro

David Hernández makes his directorial debut with this portrait of the wanderings of a man in the grip of an existential crisis, filmed in black in white over three years between Galicia and Madrid 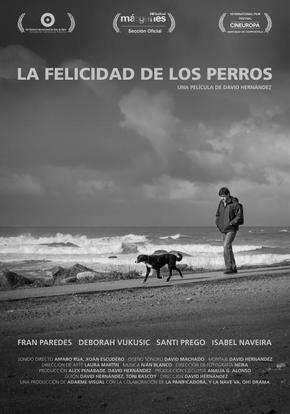 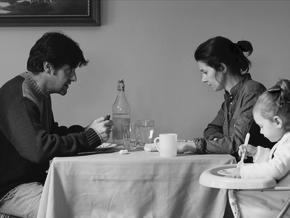 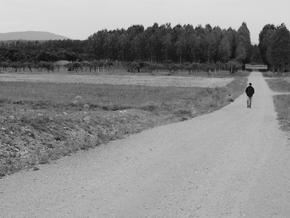 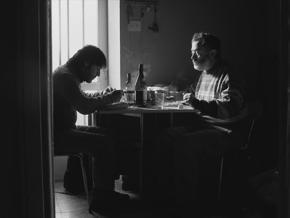 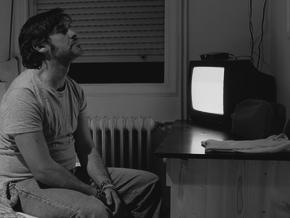 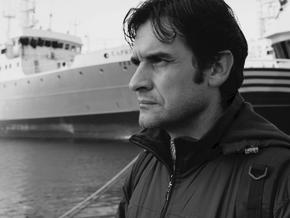