27/11/2018 - Shown in the Official Selection at Tallinn, Rubén Mendoza’s road movie genuinely feels like a long drive in a sweltering car, which somehow proves to be a rather welcome sensation

Wandering Girl [+see also:
trailer
interview: Rubén Mendoza, Sofía Paz Ja…
film profile] might kick off with a funeral, but in Colombian director Rubén Mendoza’s film, screening as part of the Official Selection at the Tallinn Black Nights Film Festival, it actually takes time to learn how to grieve, as four girls mourn a man they never really knew: their meandering father, as fascinating as he was unfaithful, and whose funeral finally brings them together. Only barely teenage Angela (Sofia Paz Jara) has some memories to share, after having grown up with him after her mother’s death during childbirth. Reluctant at first, she is soon stuck in a car with her stepsisters, headed to see some aunt or other living “in the middle of nowhere”. In between, stories about big regrets and past lovers are swapped (“bad in bed, good with needles,” goes one effective summary), and complaints and petty jealousies are expressed, while the intimacy between them grows.

Still, it’s not family bonds that seem to interest Mendoza the most, but – however inappropriate it may sound, given the current climate – bodies, as he spends most of his time following Angela’s self-discovery through the women around her. This is why sexuality plays second fiddle to intimacy, introduced only briefly here as a threatening force. The only pleasure the bodies seem to be giving is a sense of comfort and acceptance, and the lingering shots of rhythmically breathing girls, sound asleep with their legs all entwined, never seem to be gawking. Perhaps because the body here is something you slowly grow into, exploring it step by step like some unknown and occasionally hostile land.

With the help of Colombian cinematographer Sofía Oggioni, also known for her work on Los Silencios [+see also:
film review
trailer
film profile], for the most part Mendoza tells his story in a way that doesn’t feel exploitative at all. Often showing just random body parts, faces covered with unruly hair and imperfectly manicured nails, he proves there is a place for silliness and joy in self-discovery, and there is something quite wonderful about the way his older protagonists never seem to be embarrassed about their bodies at all, suddenly cautious only when interacting with men. This leads to spirited exchanges such as: “Why are you staring at my tits?” one of them asks an exceptionally obnoxious mechanic. “Do I have subtitles?”

While the pace is unhurried, it certainly fits the storyline, as in the end, Wandering Girl does feel like daydreaming in a hot, stuffy car – with a final destination looming somewhere on the horizon, yet mentioned only with hesitation. There is a delicate touch to the film, which, except for one terrifying event, speaks in a hushed voice – just like Angela, finally surrounded by women and taking it all in, first in secret and then more eagerly, encouraged by their openness. “But for women, especially, bras, panties, bathing suits and other stereotypical gear are visual reminders of a commercial, idealised feminine image that our real and diverse female bodies can’t possibly fit,” Gloria Steinem wrote famously. But in Wandering Girl, all of these things become objects of utter fascination, indicating what’s yet to come: womanhood.

Written and directed by Rubén Mendoza, Wandering Girl is a Colombian-French co-production staged by Daniel García, of Día Fragma Fábrica de Películas SAS, and co-produced by Ciné-Sud Promotion. It was supported by ProImagenes.

"Europe has done a lot of good, but also a lot of damage"

The Colombian-French film has won Best Film and Best Music in the Official Selection, while other awards went to Head Above Water, As I Fall, Summer Survivors and Werewolf

Shown in the Official Selection at Tallinn, Rubén Mendoza’s road movie genuinely feels like a long drive in a sweltering car, which somehow proves to be a rather welcome sensation

Out of the eight films announced so far for the Official Selection, four are European and seven will have their world premieres at Tallinn 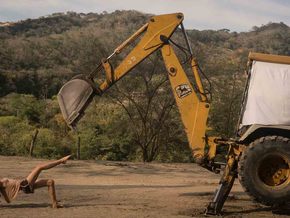 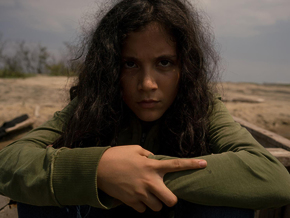