The fourth feature by Portuguese filmmaker Vicente Alves do Ó (Al Berto [+see also:
film review
trailer
interview: Vicente Alves do Ó
film profile]), Sunburn [+see also:
trailer
interview: Vicente Alves do Ó
film profile], which world-premiered in Tallinn Black Nights' Official Selection, is another in a (thankfully) growing series of LGBT arthouse films that are not concerned with the sexuality of their characters, and instead approach the topics of love and romance in a more universal manner. This is a clear sign of the times, in which the "LGBT film" label is becoming reductive, but this particular title has a problem that turns the issue on its head.

A group of close friends in their late thirties or early forties are spending a relaxing weekend in a summer house in the south of Portugal: Francisco (Nuno Pardal), the owner of the villa; screenwriter Simão (Ricardo Barbosa), who is working on a script entitled Sunburn; the romantic Vasco (Ricardo Pereira), who has just begun an online relationship with a married man; and the attractive blonde Joana (Oceana Basilio), who has made an agreement with Francisco to bear his child. They are all beautiful and elegant, with tastefully well-toned bodies, and have the air of belonging to the successful and hip urban crowd.

The film opens with a scene of them dancing by the villa's pool to a song by Brazilian samba-rock musician Johnny Hooker. They all hug and touch each other as they drink their gin and tonics, and we will find out more about their relationships the next day, when a call from David, an old friend who left the country ten years ago, takes them by surprise. David wants to visit them, and this stirs up old emotions and brings in a tension that Alves do Ó plays with throughout the film.

David has clearly hurt each of them in a profound way, and through their interactions, which range from emotional whispers to a straight-up physical fight, we gradually learn about their reasons for being excited and/or scared by his announced visit. The actions of the four protagonists are at times interspersed with a voice-over narration by David, who seems to speak to each or all of them, mysteriously hinting at his rather nihilistic view of what was happening ten years earlier.

The one-location setting in the white, aseptic, luxurious villa is offset by a forest fire off screen – we get to hear the sounds of sirens, aeroplanes and helicopters, and only glimpse a cloud of smoke in the distance. This increases the feeling of isolation and tension as old grudges start to resurface. The fact that Simão doesn't let the others read his script, and Vasco manages to sneak a peek and realises it is about them, adds a possible autobiographical layer to the film.

But for all the attention lavished on the visual attributes of the protagonists, their characters are underdeveloped and primarily defined by their mutual relationships. As our knowledge about them is limited in this manner, it is hard to relate to the intensity of the issues that they are going through, and the stereotype of the "gay drama" will probably come to many viewers' minds. Or perhaps our unconscious has not yet fully accepted the spirit of the times that we so consciously champion?

Sunburn was produced by Portugal's Ukbar Filmes, and Turin-based The Open Reel has the international rights.

"Creation comes from the sun, from the light, from joy"

Portuguese director Vicente Alves do Ó talked to us about his latest film, Sunburn, world-premiered in competition at the Tallinn Black Nights Film Festival

The Italian company continues its collaboration with Portuguese director Vicente Alves do Ó and boards his latest feature, screened as a work in progress at Locarno Pro 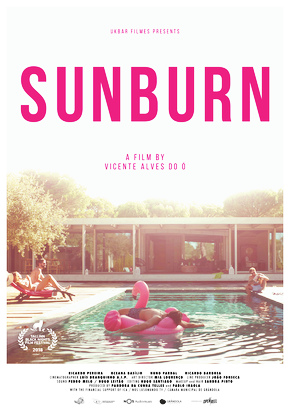 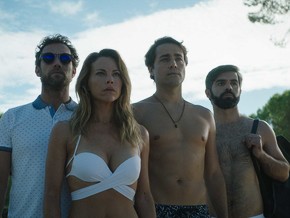