18/12/2018 - Fabienne Godet explores the world of rehab in a fiction feature with great finesse, incontestable depth and striking intensity

Zoé Héran and Julie Moulier in Our Wonderful Lives

"What did you used to take?” “Alcohol, anything that I could get my hands on, meds, neo-codion, ritalin, valium, coke, every day. I ache all over." It’s in an isolated country manor that the French director Fabienne Godet has chosen to set Our Wonderful Lives [+see also:
trailer
interview: Fabienne Godet
film profile] – an extremely powerful fiction film with a sober, delicate, sensitive and meticulous approach to rehab and the individual resolution of inner conflicts via community life, group therapy and the rebuilding of social ties in order free oneself from the chains of dependence and the burden of intimate wounds.

Unlike other recent French titles dealing with the same subject (The Prayer [+see also:
film review
trailer
interview: Cédric Kahn
film profile], The Party's Over [+see also:
film review
trailer
interview: Marie Garel-Weiss
film profile]), Our Wonderful Lives takes the form of a choral film, never leaving the rehab centre and its surrounding environment. A collage of fifteen different addicts, assembled by Fabienne Godet, that never ever allows the narrative to take over – the camera calmly harmonising with the rhythm of the film’s setting and the protagonists' acute inner solitude, gently allowing the painful truths of their lives to emerge and a fragile and intense solidarity to be built.

A pivotal character nevertheless acts as a mirror in this group portrait, Margot (the exceptional Julie Moulier, whoalso wrotethe screenplay with the director) is a young thirty-something-year-old woman from a wealthy provincial family who got caught up in a drug addiction after moving to Paris to study ("I still wonder how I managed to stay alive"). Arriving for a ten-week treatment plan and initially resistant to the prospect of opening up during the group therapy sessions (led by two therapists) that punctuate daily life at the centre, Margot, like everyone else staying at the centre, gradually delves deep within herself to find the psychological source of her dependence, a violent and difficult awareness and a journey that is aided by relearning how to trust, sincerity, responsibility and feelings, under the permanent threat of the re-emergence of ghosts from her past.

Split into 15 sections, corresponding to days 2, 3, 7, 10, 13, 17, 19, 22, 24, 27, 30, 38, 42, 43 and 48 of Margot's stay, Our Wonderful Life is a remarkable film that gives space to unspeakable emotions, capturing facial inflections, the nuances of glances, unspoken words, confessions, the helplessness of personal suffering and the precious value of group dynamics, which bring together pain and joy. A moving composite portrait, which Fabienne Godet brilliantly succeeds in creating, without any pretention in the association of an almost documentary-style exploration with key fiction aspects, and without manipulating the viewer’s emotions, a combination that pays tribute to a filmmaker who remains infinitely respectful of her subject matter and very adept at creating a depth that is paradoxically as discreet as it is moving.

Produced by Le Bureau, Our Wonderful Lives will be released in France on 6 March by Memento Films Distribution. International sales are being handled by The Bureau Sales.

more about: Our Wonderful Lives

"The film delves into the heart of intimacy, shame, and the knots that need untying in order to free oneself”

Fabienne Godet talks about the incredible process of creating Our Wonderful Lives, a remarkable film presented at Les Arcs and soon to be screened at Rotterdam

The director is shooting a Nord-Ouest Films production sold by WTFilms on the early days of French hip hop band NTM, starring Théo Christine and Sandor Funtek in the roles of JoeyStarr and Kool Shen

"A formulaic-based economy that I don't want to participate in" 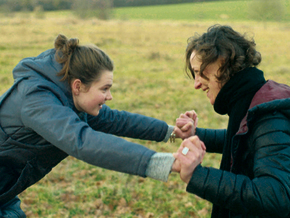