Kenneth Branagh in All Is True

William Shakespeare has a celluloid ghost that’s more proactive than Banquo. While there is a good reason why the British bard’s sonnets and plays are ubiquitous, in recent years, there has been a trend towards making works about Shakespeare himself. We’ve seen the playwright in love, as a plagiariser and struggling for inspiration.

Comedian Ben Elton (The Young Ones and Blackadder) wrote a successful BBC parody series based upon Shakespeare’s life, Upstart Crow, and now, with his first drama, All Is True [+see also:
trailer
film profile], he has given Shakespeare a more serious treatment. While Elton has directed before (Maybe Baby and Three Summers), this time he has handed over the reins to famed thespian Sir Kenneth Branagh, who is also playing Shakespeare and has snagged Dame Judi Dench – who also appeared in his film versions of Hamlet and Henry V – to play his wife, Anne Hathaway, with Ian McKellen appearing as Henry Wriothesley.

All Is True is to Shakespeare’s life what Rupert Everett’s The Happy Prince [+see also:
film review
trailer
film profile] was to Oscar Wilde’s. It deals with the artist’s final years, when fame and fortune and artistic endeavour are less important, and it’s the relationships that one has which define a person. For Shakespeare, that was with his long-suffering wife, Anne, and his two grown-up daughters, Susanna and Judith. In the film, the Bard is retiring after the Globe Theatre has burned down in London in 1613. He returns to Stratford-upon-Avon, where he has to face some of his personal demons that writing and making the whole world a stage have so far allowed him to escape.

For the past two decades, he has seen his wife less and less frequently. He has no idea about the unhappy marriage that Susanna has found herself in, and wonders why Judith remains single. Most disconcertingly, he has never properly mourned the death of his only son, Hamnett, who died aged 11. Instead of mourning, he wrote The Merry Wives of Windsor. The Shakespeare we find, as played by a heavily made-up Branagh, is a dejected, melancholic figure. He holds onto the letters his son wrote to him and wants to create a garden in his memory. But so absent has Shakespeare been from his own life – ironically whilst he has become famous for telling the tales of others – that it becomes clear that he doesn’t even know about the lives of those closest to him.

The action mostly takes place in the grounds of his house in Stratford-upon-Avon, and it is a tale of unhappy marriages and inheritance. It has a melancholic tone and is rather theatrical, and seems like a rather minor work from Branagh. However, its merit is that it gives some realism to the mythical character of Shakespeare, as Branagh juxtaposes Shakespeare’s claim that his stories come from his imagination with the high drama of his own family’s life.

All Is True was produced by British outfit TKBC. Its European release will begin on 8 February 2019.

more about: All Is True 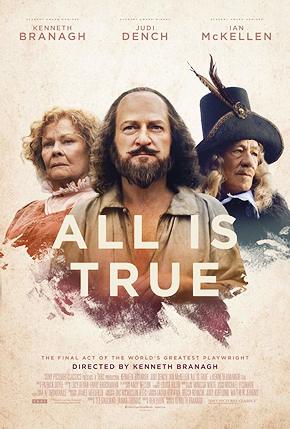 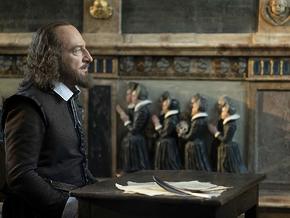 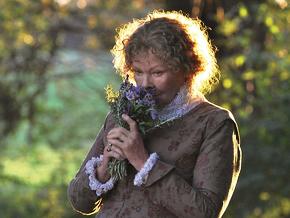 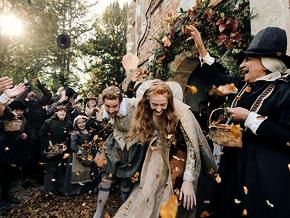