It was back in 1986 that the transgressive master Nagisa Ôshima shot the Buñuelian Max mon amour, written by Jean-Claude Carrière, a story about a complicated attraction between a lady from the French bourgeoisie (Charlotte Rampling) and a chimpanzee. And let’s not forget Catherine Deneuve, who fell in love at first sight with a muscular gorilla in The Brand New Testament [+see also:
film review
trailer
interview: Jaco van Dormael
film profile] by the irreverent Jaco Van Dormael in 2015. In his new feature Attenti al gorilla [+see also:
trailer
film profile] – due to be released in Italian theatres on 10 January by Warner Bros – Luca Miniero has also chosen a monkey as his subject, albeit with slightly different results to the blasphemous and corrosive satire of his Belgian compatriot.  The title is taken from the refrain of a song, "Il gorilla" by Fabrizio De André, the Italian version of the eponymous song by Georges Brassens, which tells the story of a primate escaping from his cage, determined to lose his virginity with a magistrate.

Something similar happens in the somewhat less radical film by the Neapolitan director, despite the victim not being a judge. Shot on the Amalfi coast, the family comedystars lawyer couple Lorenzo and Emma (Frank Matano and Cristiana Capotondi), two parents in crisis thanks to a son who’s essentially gone mute and their two out-of-control twins. A gorilla observes the strange family with his wise and shiny animal eyes, with Claudio Bisio giving his voice to the gorilla’s reflections. Emma wants Lorenzo to agree to a divorce so that she can marry Alfonso (Francesco Scianna), but Lorenzo buys himself some time, winning a lawsuit against a zoo in order to win back his family. He is appointed guardian by the court and brings the gorilla home. Helping him to look after the beast in his apartment, which soon turns into a jungle, is his intrusive neighbour, Jimmy (Lillo Petrolo) and Concita (Diana Del Bufalo), a crazy hairdresser who shares her shop with the stone-broke lawyer.

Luca Miniero – who has directed several comedies that have been very successful at the box office, both in partnership with Paolo Genovese and independently (including I Am Back [+see also:
film review
trailer
film profile], released in February 2018) – says he was inspired, along with co-writers Giulia Gianni and Gina Neri, by an American ruling that recognised a gorilla as a "non-human person." And in fact, in the film, the gorilla philosophises that "it is not man that descended from monkeys, but monkeys that descended from man.” In addition to its reflections on family life, its empathy towards animals and their therapeutic value, the film – produced by Wildside with Warner Bros. Italia – relies on the sympathy of Frank Matano, a YouTuber and television personality, confirmed as a judge on Italia's Got Talent for the fourth year running. And there’s one thing we can be sure of in this film, his dressing up as a gorilla for the shoot probably meant that no animals were harmed during its making.

Principal photography has begun in Salerno for the new comedy by the Neapolitan director, following I’m Back; the cast includes Frank Matano, Cristiana Capotondi… and a gorilla 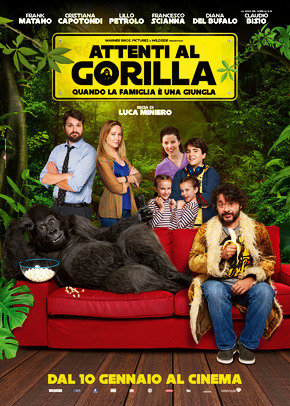 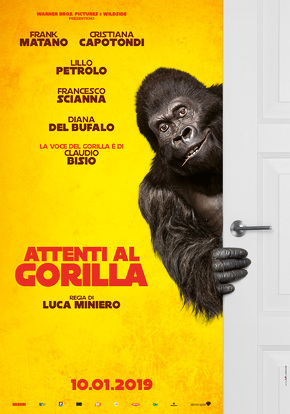 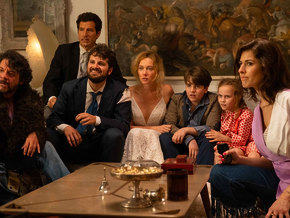