Review: The Best of Dorien B.

Kim Snauwaert in The Best of Dorien B.

Dorien B has everything she needs to be happy: beautiful children, a beautiful husband and a beautiful house in the woods. She’s even taken over her father's veterinary practice, and business is doing well. The first few minutes of Belgian director Anke Blondé's The Best of Dorien B. [+see also:
trailer
interview: Anke Blondé
film profile], presented in world premiere at the opening of Rotterdam Film Festival's Big Screen competition, show its heroine in full swing, sliding from one end of the house to the other like a domestic goddess, going about her time-consuming tasks and making sure everyone is well served, or rather that her husband and two sons are well served. This demonstration of her role as the multi-tasking housewife immediately sets the stakes and limits of a wife and mother trapped in a sort of nursery rhyme: tidy, wash, cook, sort, work, tidy, wash, cook, sort, work.

The archetype of an ideal life in short, if she hadn't just discovered a few hours before that her mother has been leading double life for years, that her husband seems very close with his ex-mistress, despite him apparently breaking it off, and that she has a tumour in her left breast.

An avalanche of bad news that Dorien would like to talk about, if only she had someone to confide in... But just like the good little domestic soldier she is (note the small scars acquired during her work as a vet), Dorien has never taken the opportunity to offload her problems onto anyone else. The tumour in her breast acts as a disruptive element that comes, not so much to burst her bubble, than to bring her back down to earth and put her back in touch with her hopes and dreams. What happened to the wild girl who dreamed of getting involved with Vets Without Borders, and who used to listen to Nirvana in the car?

The Best of Dorien B. highlights how a series of unfortunate events can result in an epiphany and precipitate the midlife crisis that many of us go through. This is not just another drama about depression (or even a comedy). It's a bittersweet tale that isn’t lacking in its fair share of humour and irony. Things seem to be rushing along very quickly for the heroine, but while she wonders if she is the victim of fate, she begins to realise that she can forge her own destiny – and get off the path that has been nicely laid out for her.

A sensitive and funny portrait of a woman, the film follows a journey of rebellion and the late but necessary emancipation of a thirty-something-year-old looking back on her life. Kim Snauwaert, the actress who plays the protagonist, brings Dorien to life, who is as spontaneous as she is determined.

This first feature film by Anke Blondé, who was discovered a few years ago with the short film, Dura Lex, was produced by Dries Phlypo and Jean-Claude Van Rijckeghem for A Private View, and Marleen Slot for Viking Film. It is being sold internationally by Be For Films.

more about: The Best of Dorien B.

Interview: Anke Blondé • Director of The Best of Dorien B.

We met up with Belgian director Anke Blondé, who is presenting her debut feature, The Best of Dorien B., at Rotterdam Film Festival

The Amstelveen-born helmer’s new film, an adaptation of her book of the same name, stars Elise Schaap, Pierre Bokma, Maarten Heijmans and Stefan Rokebrand in the lead roles

Irish comedies have won big at this year's Fleadh, while Patrick Wang's A Bread Factory scooped the Award for Best International Film

The subsidiary of French group Playtime, founded in Brussels five years ago, will be at Cannes to promote the new film by Tunisia’s Ala Eddine Slim, among others

Review: The Best of Dorien B.

EXCLUSIVE: Clip of The Best of Dorien B. 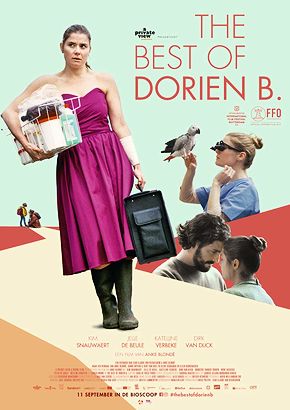 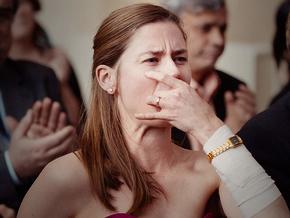