GoCritic! Two Sides: The Most Beautiful Country in the World

GoCritic! is introducing a new review format: Two Sides. In features like this, we will be publishing two disparate views of the same film. Sometimes these will be completely opposed, and sometimes mutually complementing each other, like in the case of Želimir Žilnik's The Most Beautiful Country in the World, recently screened at the 30th Trieste Film Festival.

The latest film by Veteran Serbian documentary filmmaker, Želimir Žilnik, takes on one of the hottest topics in Europe today: migration. Set in Vienna in late 2016, at a time when waves of refugees are continuing to arrive from the country’s borders, The Most Beautiful Country in the World follows a group of young men who have also left their homes behind in search of a better life. Having gained permanent resident status by now, they are gradually adapting to their new environment and the feeling of freedom that comes with it.

At the heart of the film is the story of Bagher, a young man from Afghanistan who has made a new life for himself in the Austrian capital. He has an apartment, a job, friends, and a girlfriend. When, one day, his grandfather, Haydar, suddenly appears, his new life is quickly turned upside-down. Having arrived in Austria illegally via the Balkan route, Haydar seeks out his grandson to tell him Bagher’s father - Haydar’s son - has died in the war. Consequently, as Haydar reminds him, it is now time for Bagher to take on his duties as the new head of the family.

While Žilnik’s latest work is described as a documentary, the fictional elements in his film are immediately apparent. Working with non-actors, the particular approach he has taken towards telling the migrants’ real stories leaves little room for any form of sophistication. The filmmaker fully omits elements which are typical of traditional documentaries, such as archive footage and material depicting real-life events (especially regarding political happenings), interviews or voice-overs. What is more, the young men in the film are too neatly placed in their various scenarios, their scenes too heavily staged and the dialogue poorly delivered. These over-orchestrated elements have no place in a film which is supposed to be a documentary and show characters in situations depicting everyday life.

Although the film offers a refreshing take on an ever-present topic, focusing squarely on the young migrants’ friendship, the encouragement they give each other and their various achievements, as opposed to exploring the usual complications that come with starting a new life in an entirely different land, the execution of these ideas in The Most Beautiful Country in the World is somewhat problematic. To describe the film as a docu-fiction hybrid only serves to highlight the shortcomings of Žilnik’s work on both fronts, in that the documentary elements come across as too staged and the fictional elements have not been fully worked out.Bagher’s is not the only story told in the film, but it very clearly should have been. His grandfather’s arrival in Vienna creates drama and is the moment that finally gets the story flowing. But the events which follow are comical, bordering on farcical, and the delivery of the dialogue and the facial expressions of the non-actors only add to this effect, albeit unintentionally.

In a sea of predominantly dramatic approaches to exploring the migrant crisis, Žilnik’s work is straightforward and unembellished and doesn’t look to play with the audience’s emotions. Real emotion, however, especially with regard to character dialogue, is precisely what is lacking here and detracts considerably from the film’s authenticity. 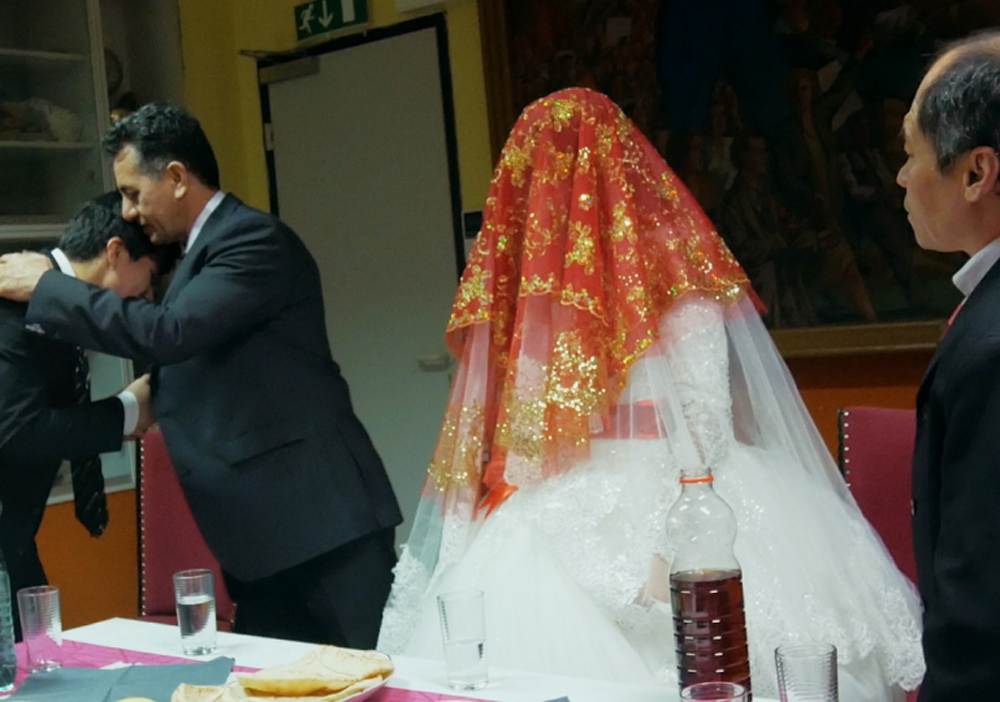 Following 2015’s Logbook Serbistan, Želimir Žilnik, a living legend of Yugoslav cinema, continues to explore the lives of Middle Eastern immigrants in Europe in his usual and well-established docu-fiction manner. But whilst in Logbook Serbistan, “Europe” actually refers to Serbia, the final barricade separating the migrants from “the real Europe" (i.e. EU), Žilnik’s newest work and Austrian-Serbian-Croatian-Slovenian production, The Most Beautiful Country in the World, instead follows those lucky enough to have finally reached and settled in the promised land of Austria.

Presenting his film in the Documentary Competition at the 30th Trieste Film Festival, Žilnik remarked that he “hasn’t done anything new, anything special [filming fiction based on real life stories with real life characters] except learn from the masters of Italian cinema, Fellini and Pasolini”. He went on to explain how his film came together: after an open call for potential film protagonists, Žilnik spent days with those who had been selected, collecting their stories and experiences. In order to avoid any potential fallout which might result from such an exposure, the protagonists do not portray their own characters in the film, but rather each of them "plays" another, and vice-versa.

Despite claiming not to have done anything special, the director's approach to juggling the stories and the characters of this film has nonetheless allowed him to draw out honest performances from non-professionals. Naturally, they have a close understanding of the issues experienced by other, fellow immigrants, but are are also detached enough to bear with those stories, unencumbered by overwhelming personal involvement.

Mostly set in Austria’s capital, Vienna, the film focuses on two young Afghani immigrants whose performances are so convincing that The Most Beautiful Country in the World actually feels like a real documentary. Unfortunately, this vignette of “successful acting” doesn’t apply to everyone involved; the film also covers the day-to-day life of a Syrian family, a young Iraqi rapper-to-be, and a number of other characters, immigrants or Austrians, whose paths cross those of the main characters. In scattering the film’s focus across numerous side characters and their daily activities - from enrolling into martial arts classes and discussing whether Bruce Lee or Jackie Chan make better role models, to haggling over apartment rental costs - Žilnik does fall off his main narrative line on occasion, diluting the viewer’s attention. This also means that the central narrative event doesn’t emerge until rather late on in the film, though it is a lavishly comical high point: in order to respect his grandfather’s wishes, one of the main characters fakes a wedding with an Afghani girl, while his real (Austrian) girlfriend can hardly contain her jealous outbursts. Almost absurdly brilliant, the wedding scene sees the Iraqi rapper become a cook, another Afghani become a wedding planner, the grandfather buying a horse sculpture from a flea market as a gift for the newlyweds, and the bride considering the wedding a success because she was able to sleep underneath the veil.

Other similar situations or dialogue-based comical scenes contribute to the film’s refreshing view on the migration crisis, and this allows Žilnik’s most recent work to stand out amongst the vast tide of European “immigrant cinema” which has emerged of late and which, more often than not, victimizes immigrants more than they are comfortable with. Crucially, The Most Beautiful Country in the World doesn’t overlook political issues and other social factors relating to the crisis, but instead places focus on the personal rather than the global, uncovering the largely hidden and uniquely human side of those whom the privileged so often see as a homogenous mass.

This article was written as part of GoCritic! training programme.