Review: Around the World When You Were My Age

After attending DocLisboa, Aya Koretzky presented her first feature film, Around the World When You Were My Age [+see also:
trailer
film profile], in international premiere as part of the Bright Future Competition at Rotterdam Film Festival. The director, who was born in Japan but grew up in Portugal, embarks on yet another intimate investigation into her family’s hectic transcontinental adventures. Indeed, in her exquisite medium-length feature Beyond the Mountain, also screened at Rotterdam, the Tokyo-Lisbon-based director recalled her move from Japan to Portugal through correspondence she maintained with relatives and friends. In Around the World When You Were My Age, she recreates the crazy journey taken by her father, Jiro Koretzky, around the world in a car at the age of 30 – the age she is now.

In her latest film, the director jumps from the first person to the third, changing the narrator’s point of view of these family odysseys. Nevertheless, the change of voice goes unnoticed, as the film builds a kind of invisible bridge between father and daughter. Koretzky – omnipresent in the film through a voice-over that reads aloud her father's notebooks in Japanese – captures Jiro's epic journey on screen as if she were trying to relate to her father’s itinerant past and infer that she too has inherited his natural globetrotter instincts, as if by magic, at some point in her life.

Around the World When You Were My Age brings together photographs taken by Jiro Koretzky in the 1970s with more recent Super8 film shot by the director, in which we see her father, now an elderly man, walking around and drawing in his garden and manipulating negatives of old photos. And it’s the film’s temporal dimension that really steals the show from its primary thematic spatial one, with a focus on the countries and cities Jiro once visited. The film superimposes various temporal layers while the narrative continues to present the world as it was in the 1970s.

Places and meetings with all kinds of people are hashed out with a great deal of fascination: they are described by someone who is seeing them for the first and last time and knows it, because the traveller is aware that he will never see these particular places or people again. The filmmaker re-visits her father’s loves and friendships with a certain level of modesty. She adds her own explanation of the cultural shock experienced in certain places, particularly in the USSR and the United States, as well as the conflicts that threatened the Middle East, the architecture of cities such as Barcelona and the beauty of the Portuguese landscapes that surrounded the roads on which her father used to drive.

Around the World When You Were My Age was produced by the Portuguese company C.R.I.M., which is also handling international sales.

more about: Around the World When You Were My Age

From 3-7 April, the Tui International Film Festival in Galicia, Spain, will be unfurling its new programme, which is bursting with activities, tributes and undeniably scintillating movies

Review: Around the World When You Were My Age

Ena Sendijarević has received the Special Jury Award for Take Me Somewhere Nice, while documentaries conquered both Bright Future and Big Screen in an all-female winners’ list 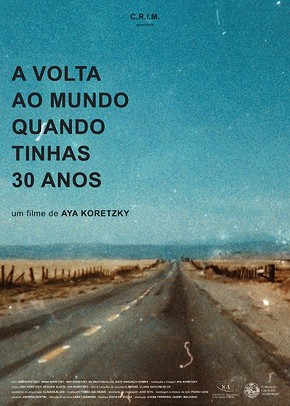