08/02/2019 - BERLIN 2019: Bas Devos depicts a deeply wounded city, a sick population marred by emptiness and the aftermath of a random, absurd attack on a metro platform

In the aftermath of the attacks on Brussels, Wannes (Willy Thomas), a doctor, cares for the city and its inhabitants, all while battling his own loneliness, and the absence of his son – a fighter pilot serving in the Middle East.

He listens intently to Mehdi (Hamsa Belarbi), a young Algerian man who is struggling to regain his footing. How will he survive as a young Muslim man in Brussels, "the jihadist capital of Europe"? Samira, his colleague, played by Lubna Azabal, (who has just received the Best Actress Magritte for her role in Killers [+see also:
film review
trailer
interview: François Troukens
film profile]) feels like a survivor. The city’s scars can be felt everywhere, with its armed soldiers and the ghosts of victims. She voices the fear and anger that everyone feels.

A fear shared by Alba (Alba Rohrwacher), a translator for European Institutions, the embodiment of the Brussels Eurocracy and its Tower of Babel, which is gradually losing its grip on its existence.

So what now? In Hellhole, Bas Devos probes the soul of a city and its inhabitants in shock after an attack. Almost every Brussels resident was affected by this terrible event, a murderous scar on a city in full post-traumatic shock. We follow the ghostly dance of several characters in search of meaning, all opposing personalities, who embody the diversity of this highly multicultural city. A city struck at the heart by emptiness, the absence of those who are no longer here, a terrible combination of loneliness and fear.

The filmmaker quite rightly fills the screen with empty shots, where only the ghosts of those who are no longer with us seem to exist. Often, we observe a frame within a frame, a doorway or a window frame, as if the camera is attempting to represent the missing, observing life from afar. The film begins with a long, fixed shot of a blue sky, over which the film’s title appears, itself appearing from its heart (the O). And it's this hollow hole, this nothingness, that is at the heart of the film. A nothingness that is both spatial and temporal.

Devos exposes daily life in its most hollow banality, going as far as to literally film time passing. But each daily insignificant gesture, and every minute that passes, only serves to remind us of absence. The camera, both exploratory and contemplative, films apartments, buildings and sometimes even the streets as if they were still life. Time is so stretched out that it comes to represent space, a distance that can be travelled.

Hellhole was produced by Tomas Leyers, who also worked on Violet, for Minds Meet (Belgium), and was co-produced by Petra Goedings for Phanta Vision (the Netherlands). The film is being sold by Les Films du Losange.

“The need to find a home is what binds us; it’s a strong part of our shared story”

We met up with Belgian filmmaker Bas Devos to discuss his second feature, Hellhole, which is set to go on general release in Belgian cinemas on 20 March

“I could have taken a three-month holiday, but instead I chose to write a film”

CANNES 2019: Belgian director Bas Devos sat down with us to explain how he made Ghost Tropic, a film shot in record time

The film from Portuguese director Pedro Costa wins the Grand Prix while Alexander Nanau’s Collective is awarded the special jury prize. Hellhole and X&Y are also among the winners

CANNES 2019: It’s the journey and not the destination that counts in Bas Devos’ mild-mannered and poetic discovery of hope and bliss

BERLIN 2019: Bas Devos depicts a deeply wounded city, a sick population marred by emptiness and the aftermath of a random, absurd attack on a metro platform

The French company will be selling Bas Devos's latest film, selected for Berlin’s Panorama section, as well as the forthcoming films by Balibar, Weisse, Micheli, Harrison, Salhab and Armanet

The first half of the Berlin Panorama selection is complete

With 22 titles representing 21 countries, including 14 world premieres and 13 European (co-)productions, the second-most-important section of the Berlinale is half complete 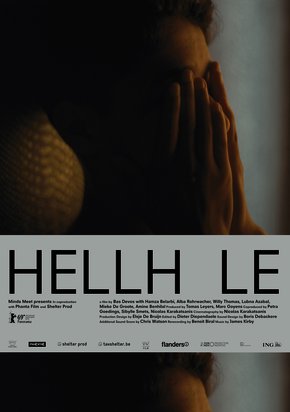