Review: Where We Belong

Three years after the acclaimed Almost There [+see also:
film review
trailer
film profile], selected for numerous Swiss and international festivals (Locarno, Sao Paulo, Amsterdam...) and winner of a Quartz Award for Best Editing, Swiss director Jacqueline Zünd presents Where We Belong [+see also:
trailer
film profile] at the Berlinale in the Generation Kplus section, a poetic and intense documentary that shows young people grappling with the separation of their parents.

Parents separate and children find themselves having to face an unexpected, destabilising and painfully real situation. How do you handle the deep emotions that come with the breaking up of what we commonly refer to as the "family unit"? Swiss director Jacqueline Zünd gives the floor to five children and adolescents who have experienced their parents’ separation. What does it mean to feel abandoned? How can you choose between one parent and another? As stated by one of the film’s protagonists, Sherazade, “for me, the worst thing about it was being asked to choose between mum and dad. You think: What? Are you crazy? I don’t want to have to choose between them. I love them both.”

The protagonists of Jacqueline Zund’s latest documentary analyse their past with a surprisingly mature and lucid outlook, but also and above all, their present situation. The emotions and moods caused by the separation of their parents are described with sincerity and courage, without the layer of opaque indifference that too often suffocates them. The five protagonists of Where We Belong reveal their true selves before Jacqueline Zünd's camera, freeing themselves from the overprotective gaze of adults. From this point of view, cinema becomes a no man's land where only the sincerity of the present moment counts. A detonator that allows them to express the strength of an inner universe that is too often reigned in.

The director elegantly couples interviews with atmospheric scenes that seem to almost reflect the protagonists' emotions. Developed as fiction scenes, these intimate and poetic moments are transformed into greatly evocative "tableaux vivants." The film’s fixed shots on the faces of its young protagonists are splendid, acting as a sort of gateway to their feelings. Words become almost unnecessary in these moments and silence develops in all its beauty.

Abandoned, dreamers immersed in misty mountain landscapes, in the throes of mysterious underwater games or absorbed in mysterious dances, the protagonists of Where We Belong reveal their reality under another intense and mysterious light. Jacqueline Zünd allows these young people to express themselves, to attach words and body to their malaise. Thanks to the director’s poetic and decisive gaze, they turn from passive victims into the heroes and heroines of their own destiny. Where We Belong is a film about the resilience, loneliness and alienation of a group of young people who have to live with the trauma of separation. A new normality seems on the horizon, and nothing will be like before, and thank god for that, one might say.

Adapting and facing difficulties in a world that values stability and normality at the expense of difference and uniqueness, is the driving force behind Jacqueline Zünd's films. Where We Belong offers a glimpse into the lives of those five protagonists, struggling with the pain of a daily life that they have not chosen but must learn to accept.

Where We Belong was produced by Real Film and SRG SSR. Autlook Filmsales is handling international rights and sales.

more about: Where We Belong

Review: Where We Belong 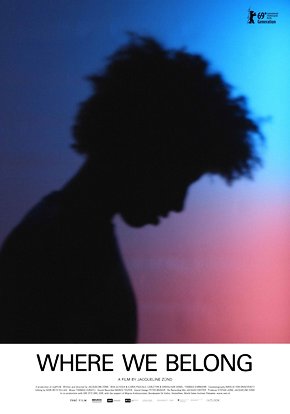