11/02/2019 - BERLIN 2019: Macedonian filmmaker Teona Mitevska returns to the Berlinale with a film that opposes tradition and patriarchy in an accomplished, punky manner

Macedonian filmmaker Teona Mitevska is back at the Berlinale after her previous film, When the Day Had No Name [+see also:
film review
trailer
interview: Teona Strugar Mitevska
film profile], screened in Panorama Special in 2017. Now, teaming up again with that film's co-writer, Elma Tataragić, she has arrived in the competition of the 69th Berlinale with God Exists, Her Name Is Petrunya [+see also:
trailer
interview: Labina Mitevska
interview: Teona Strugar Mitevska
film profile].

In most of the Orthodox Christian world, the holiday of Epiphany on 19 January is celebrated by means of a race for the holy cross that a priest throws into a lake or river. A bunch of young men jump into the freezing water to grab the cross, which is supposed to bring the winner good fortune for the whole year.

When Petrunya (first-timer Zorica Nusheva, a revelation) finds herself in the place where this race is happening, in her hometown of Štip, she jumps in on a whim and manages to grasp the cross. This causes uproar in the local community, and the church accuses her of stealing the cross. Of course, it is not a legal issue, but rather a matter of the church's influence on the police (and, by extension, the state) – who are not sure what they can do about it. Under pressure from the priest (Suad Begovski), inspector Milan (Simeon Moni Damevski) brings Petrunya to the station, without arresting her, but still without letting her go.

Petrunya's impulse to jump in for the cross was not totally accidental. An overweight, 32-year-old history graduate with no job, she is constantly put down by her overbearing mother (Violeta Shapkovska). In an attempt to secure work for her daughter, she pulls some strings and sends Petrunya to a textile factory, where she is supposedly meant to get a job as a secretary for the big boss (Mario Knezović, appropriately sleazy). When he tells her he “wouldn't even fuck her”, a humiliated Petrunya goes wandering around town, and this is when she happens upon the cross race.

The final act takes place in and around the police station, where a mob of young men gathers to demand Petrunya give the cross back. They believe it is an affront to God for a woman to even consider taking part in the race. Meanwhile, TV reporter Slavica (Labina Mitevska) sees this incident as a great story that promotes her own feministic values, and so she does her best to support Petrunya.

The most important aspect of the film is Petrunya's character arc. When we first meet her, she does not seem the slightest bit interested in women's rights, as she (thinks she) has bigger problems. But when the whole community turns against her, she refuses to give in. “Why don't I have the right to a year of good fortune?” she asks the confused inspector. She has grown into a woman fighting for herself, and what could be more feministic than that?

Lensed by prolific DoP Virginie Saint-Martin and edited by Marie-Hélène Dozo, the movie has a certain punk quality to it: the image shifts from bright exteriors (especially during the impressive scenes of the Epiphany procession and the race for the cross) to the nocturnal scenes in the dilapidated police station. This does not happen smoothly, and nor do the other transitions – Dozo makes sure that the viewer does not get lulled into a false sense of security by the narrative and often employs cuts that feel like a stone in your shoe. Petrunya's struggle is emblematic of the most acute social issue of our times, which has yet to gain momentum in the Balkans, and Mitevska's film is both a significant contribution to the cause and a powerful cinematic work in its own right.

more about: God Exists, Her Name Is Petrunya

Interview: Labina Mitevska • Actress in and producer of God Exists, Her Name is Petrunya

VENICE 2019: Labina Mitevska, who acted in and produced God Exists, Her Name is Petrunya, talks about the selection of the film, directed by her sister Teona, as a 2019 LUX Prize finalist

"The character of Petrunya develops into a force of change"

BERLIN 2019: We interviewed Macedonian director Teona Strugar Mitevska, who presented her new film God Exists, Her Name Is Petrunya in competition at the Berlinale

Interview: Teona Strugar Mitevska • Director of The Happiest Man in the World

“I will never be able to shoot films in any other way, going to the heart of the emotion, in the truth of the moment”

The Macedonian filmmaker tells us about her latest film, unveiled in the Orizzonti programme in Venice, and in Competition at Les Arcs Film Festival

The joint initiative between European Film Promotion and the Arab Cinema Center, aiming to promote European cinema to the Arab world, handed out its award at the Cairo Film Festival 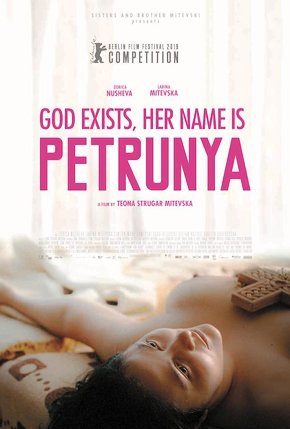 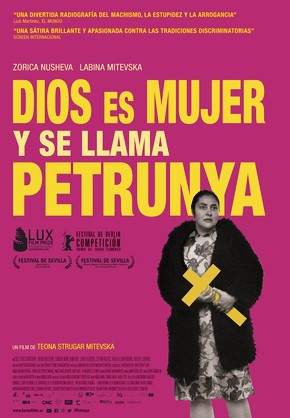 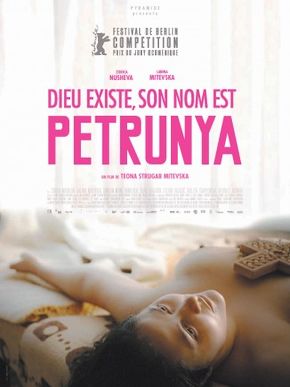 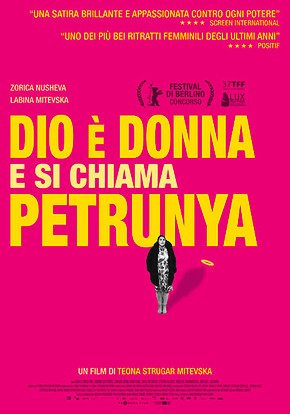 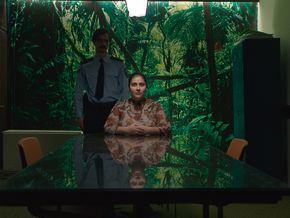 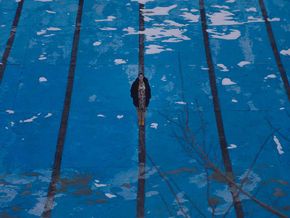 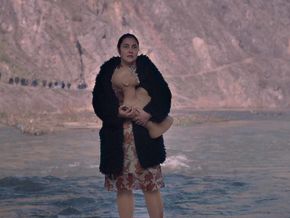 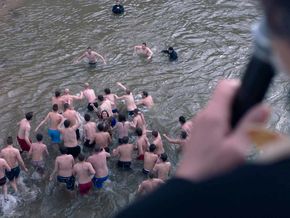 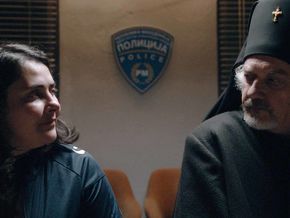