11/02/2019 - BERLIN 2019: This lovable, character-driven family drama directed by Federico Bondi is likely to steal the hearts of the Panorama audience

Dafne was born with just a little too much genetic material. A third copy of chromosome 21 resulted in her having Down syndrome. Apart from that, she is just like any other woman: she has a job she loves, she has loyal friends, she enjoys flirting with handsome men and has a complicated relationship with her parents. When her mother suddenly dies during a summer holiday, Dafne and her seventy-something father are grief-stricken. He suffers in silence, while his daughter is tossed around in intense emotional storms. She refuses to take sedatives that would numb the pain, or her sadness and gut-wrenching sense of loss. “I want to cry,” she shouts at her father.

Because, as Federico Bondi shows in Dafne [+see also:
trailer
film profile], screening in the 69th Berlinale’s Panorama, that’s just how she is: she speaks her mind, she expresses her feelings, and she doesn’t care if she’s breaking social norms by doing so. Don’t get us wrong – Dafne isn’t an enfant terrible or a rebel with oh-so-many causes; she is just a little more real and authentic than the average person. And as she goes through major events in her life, she finds out who she can really count on and remoulds her relationship with her father. With their love and care, her parents sheltered her from the prejudice and cruelties of the world, and with one of them now gone, it’s time for the thirty-something to really grow up. She and her father set off on a trip, which is akin to a rite of passage, as it helps them to get from one stage of life to another.

Dafne’s extra chromosome 21 is not an issue in Federico Bondi’s film; in this respect, she brings to mind the characters from Vincent Wants to Sea [+see also:
film review
trailer
film profile] by Ralf Huettner, where a disability or a particular condition is just a part of the protagonist’s personality. So what is the real focus for Bondi? As the title shrewdly suggests, it’s all about Dafne – her outbursts, her funny remarks and an authentic kind of bond that is formed between her and the audience. For those who don’t feel any chemistry with Dafne, watching the entire film might be challenging, especially at the end of the second act, when the action slows down considerably. But that’s the risk you usually run with a character-driven story, and other than that, Bondi’s film unfolds organically, emanating warmth and humour. However, the biggest credit should go to first-time actress Carolina Raspanti, who brings a great deal of life and texture to the character of Dafne. She is unforgettable, expertly conveying both her loveliness and her annoyance, and painting a portrait of a truly complicated woman.

Making its debut today on Italy's RaiPlay is Ginevra Elkann’s first feature If Only, the first of eight RAI Cinema films to be released on the RAI streaming platform

The annual showcase of Italy’s best, recently released cinematographic productions is unfolding between 4–9 March in the English capital

The Father emerges triumphant at Arras

Kristina Grozeva and Petar Valchanov win the Golden Atlas. The Silver Atlas goes to Marko Skop for Let There Be Light and the Audience Award goes to Federico Bondi’s Dafne 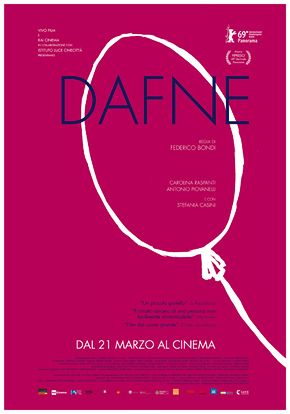 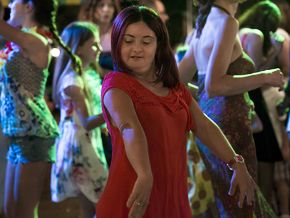 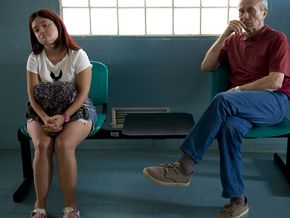