12/02/2019 - BERLIN 2019: Jean-Gabriel Périot returns to the cinema of May '68, questioning young high schoolers about their ideals and the political action needed to change the world

Students studying film at Romain Rolland High School in Ivry-sur-Seine on the outskirts of Paris are a very lucky bunch. Not long after Claire Simon stopped by to shoot Young Solitude [+see also:
film review
trailer
interview: Claire Simon
film profile] with themin 2018, Jean-Gabriel Périot is back at the school to film his latest documentary, Our Defeats [+see also:
trailer
film profile] (featuring students both in front of the camera and in the technical crew), which wasunveiled in the Forum section at the 69th Berlinale. After a detour into the fiction feature world with Summer Lights [+see also:
film review
trailer
film profile], the director has returned to the reality cinema that made him famous with his well-received film, A German Youth [+see also:
trailer
film profile] (2015). This time, he focuses on a new theme and employs an interesting narrative device that mixes cinephilia with revolutionary action, both past and present, as well as theatrical re-enactments and personal reflection.

From May to June 2018, the director cast a group of young people in re-enacted scenes from several films relating to May ‘1968, such as The Salamander by Alain Tanner (1970), With the Blood of Others by the Medvedkine de Sochaux Collective (1974), Comrades by Marin Karmitz (1969), La Chinoise byJean-Luc Godard (1967), La Reprise du travail aux usines Wonder by Pierre Bonneau, Liane Estiez-Willemont and Jacques Willemont (1968), Citroën Nanterre mai - Juin 1968 by Édouard Hayem and Guy Devart (1968), A pas lentes by the Cinélutte Collective (1979) and Be Seeing You by Chris Marker and Mario Marret (1968). The slow death of leftist illusions ("we no longer believe in socialism"), questions about the objectives of workers' strikes ("we’re still fighting over 5,000 bucks"), the seductive nature of gentrification, class inequality, the desire for radical action ("a revolution is an uprising") and the limits of idealism, etc. These are all topics that Jean-Gabriel Périot tackles and then discusses individually with each student in order to better understand their perception of today's society and the potential that lies in revolution and social struggle.

More or less well-informed, and each providing their own level of intuitive analysis, ten students (Swann, Natasha, Ghaïs, Jackson, Julie, Rosalie, Alaa, Marine, Floricia and Martin) discuss monopolising capitalism, economic pressure related to employment ("we do not necessarily have a choice," "these days, the important thing is money, so we have to make concessions,"), their total ignorance of trade unionism, their mistrust of professional politics, their refusal to use violence to change the world, and how they view happiness, private property, laws ("without rules, it would chaos. People might end up eating each other. But we must also have more room to breathe, so we can’t have too many rules either"), commitment and solidarity, etc. Concepts that they will put into practice just a few months later during a blockade organised at the high school, which the filmmaker links to an event that featured in the French news in December (high school students were arrested and lined up on their knees by the police in Mantes-la-Jolie). A victory-less blockade, but one that nevertheless allowed pupils to realise that "politics can come in handy occasionally" and that group defeats are sometimes rewarding.

An informative portrait of the endearing fragility of 16-year-olds, with instinctive opinions that are often in full development, Our Defeats delivers a striking statement on the evolution of ideals and ideologies, a good fifty years after May '68. A committed filmmaker, Jean-Gabriel Périot pays homage to his peers, who also previously tackled the question of revolution on film, while providing a sociological overview of a new generation that is both ardently less idealistic, but still able to mobilise when a powerful cause brings them together.

Our Defeats was produced and is being sold internationally by Envie de Tempête Productions.

more about: Our Defeats 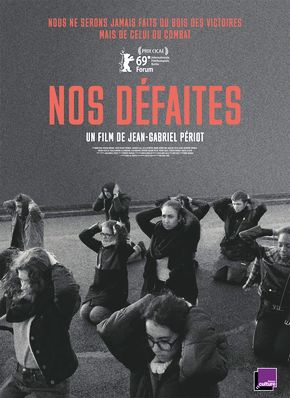 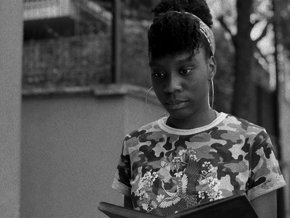 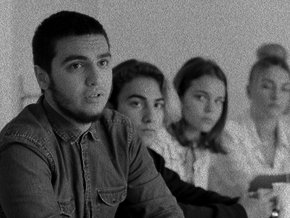 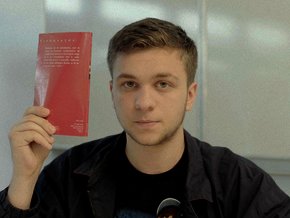 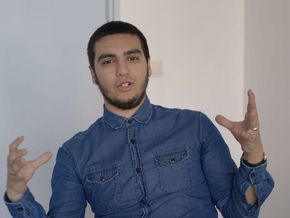 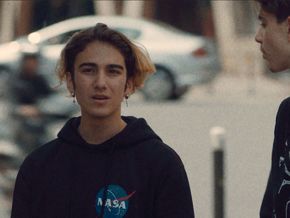 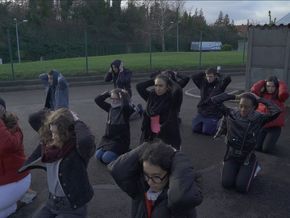 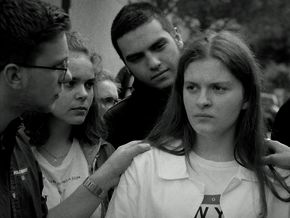